Organiser Neil Roberts writes:
This year’s championships, held on the Loretto School courts, were blessed with the warmest early May Bank Holiday weekend temperatures since records began, making perfect viewing conditions for the capacity crowds at the back of the courts. We were also delighted to welcome three entrants from the recently formed City of Durham club (only an unfortunate and explosive bout of gastroenteritis preventing a fourth player from Durham making the trip!)

In the singles, the highlight of the first round was a keenly contested match between Camille Beattie and the tournament organizer, Camille narrowly losing two hard fought games 16-14, 16-15, but surely showing that she has a bright future and the ability to challenge for titles in the years to come. Despite creditable performances from Ben Stephens (Alleyn’s and Aberdeen University), Michael Kemp (Caledonian stalwart) and Archie McCreath (Fettes old boy and last year’s Scottish Schoolboy champion) the top two seeds, Richie Murby and Dave Butler, eased through to the final to set up a repeat of the final of two years ago. As in their previous final encounter, Dave triumphed in three hard fought games in a match of great quality to win the coveted Cuthbertson Quaich for the second time.

Many thanks to Loretto School and, in particular, to Steve Tebbutt (master in charge of Fives) for allowing us to use the marvellous school facilities and making us feel so welcome. 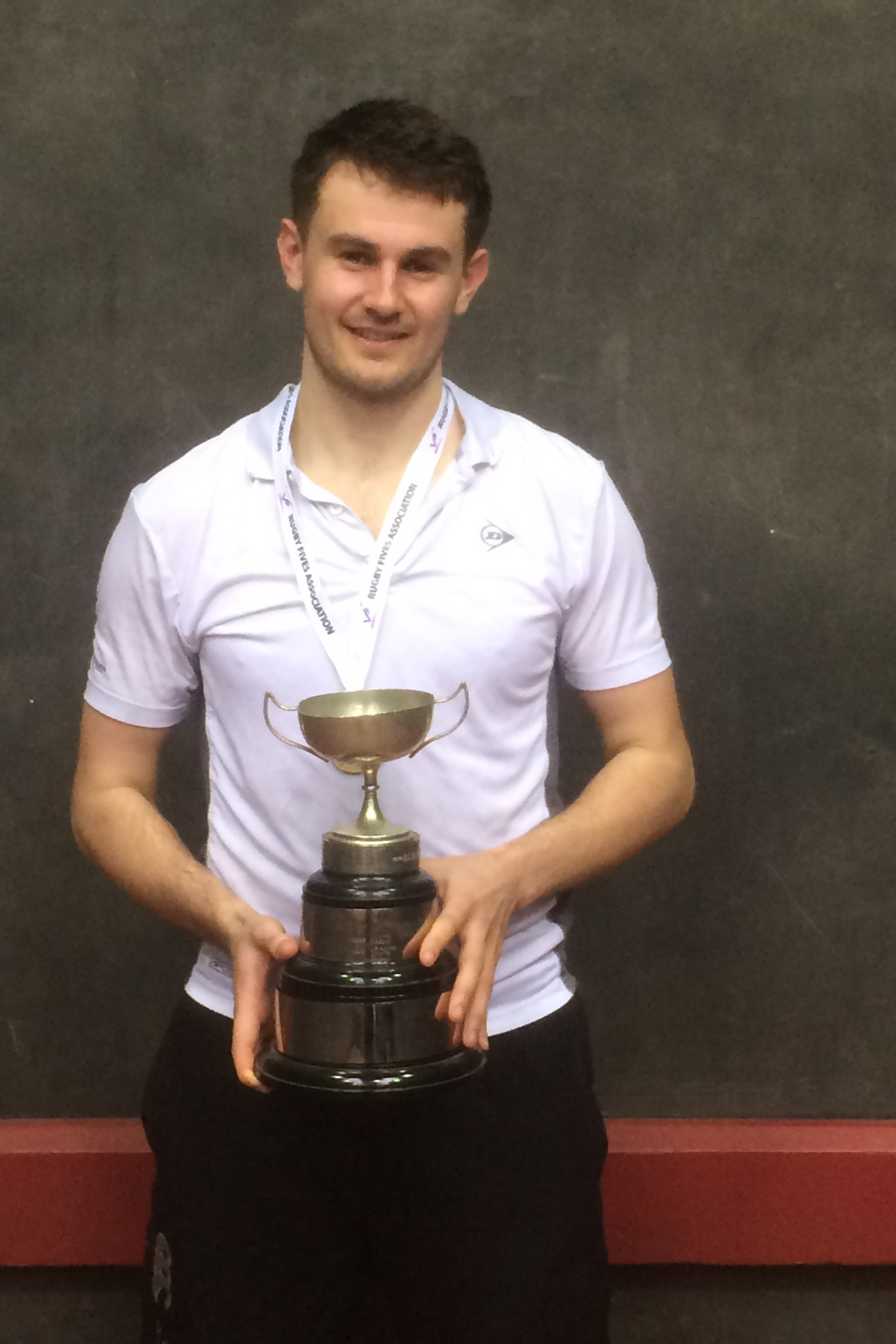 Scottish Champion for the second time