Bob Dolby reports: Four schools each entered four players, which made for a very neat draw in Singles and Doubles and one which host Tony Burrows operated with great expertise throughout the day.

In the Singles four pools produced a knockout competition which was dominated ultimately by Derby Moor’s Raheem, the winner, and his partner Dean Ali. Oundle’s George Crawley won the Plate in his shoot-out with the other losing semi-finalist, Xav Christopher from Rugby. Meanwhile Bedford Number 1, Will Cliffe, ran out a comfortable winner of the Plate competiton, for which he was awarded a much coveted RFA Mug!

In the Doubles, run as a straight knockout, the first pairs from Derby Moor and Oundle won through to the final, which was not only the final match of the day but unquestionably the best. Raheem and Dean won the first game predictably, but then very quickly found themselves down by several points as George and his partner Henry Hollund blasted their way into a lead which they did not relinquish in the second game. The third game went precisely the other way as Raheem and Dean got off to a rapid start and managed to hold off the Oundle challenge, largely by making fewer mistakes in a game where all four players were visibly tiring. “I’d pay money to watch a fives match that exciting!” said one spectator. Oundle had the consolation of their second pair winning the Doubles Plate by demolishing a young and very weary Derby Moor II. 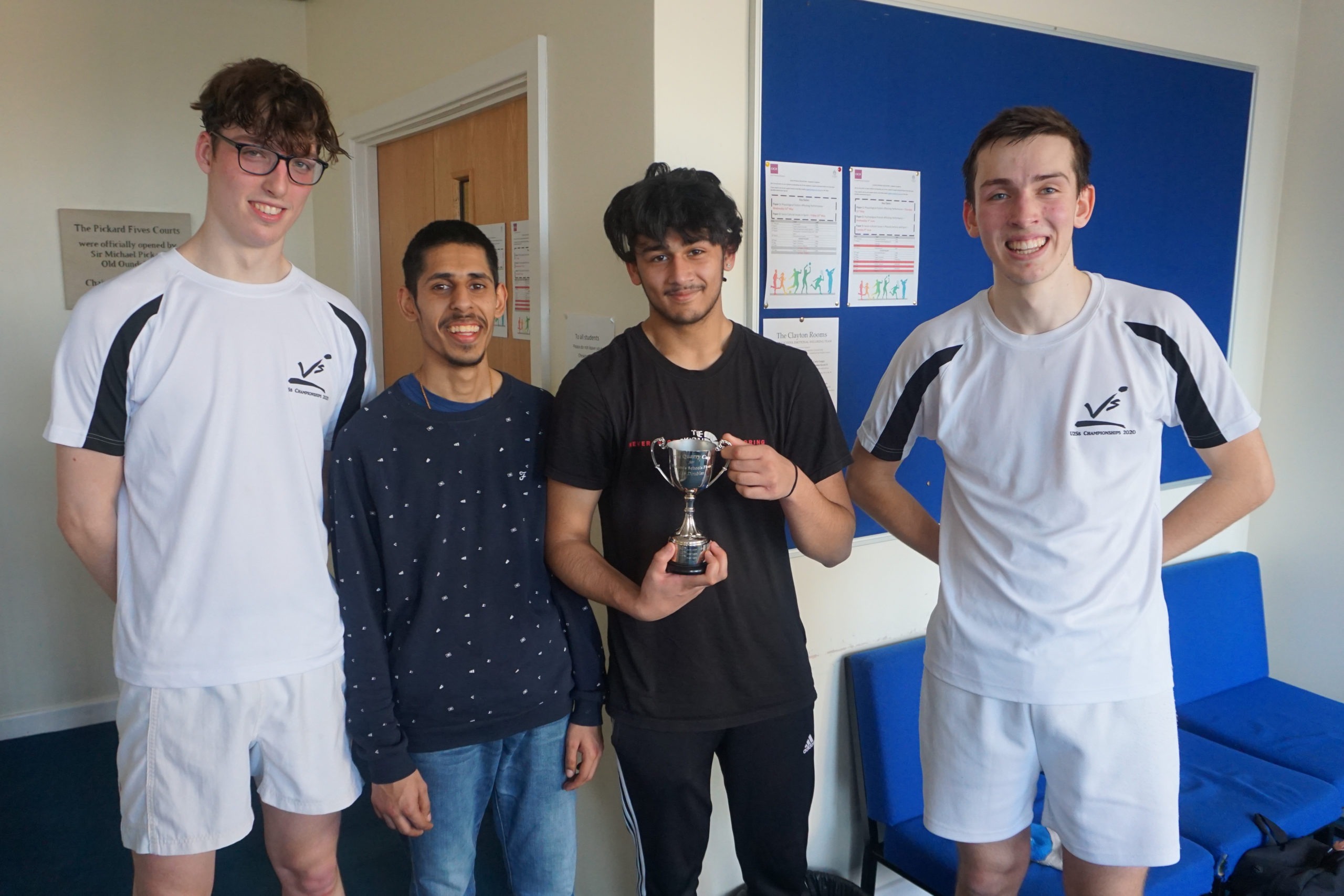 Raheem & Dean win the Doubles for Derby Moor, while Raheem beats Dean for the Singles trophy 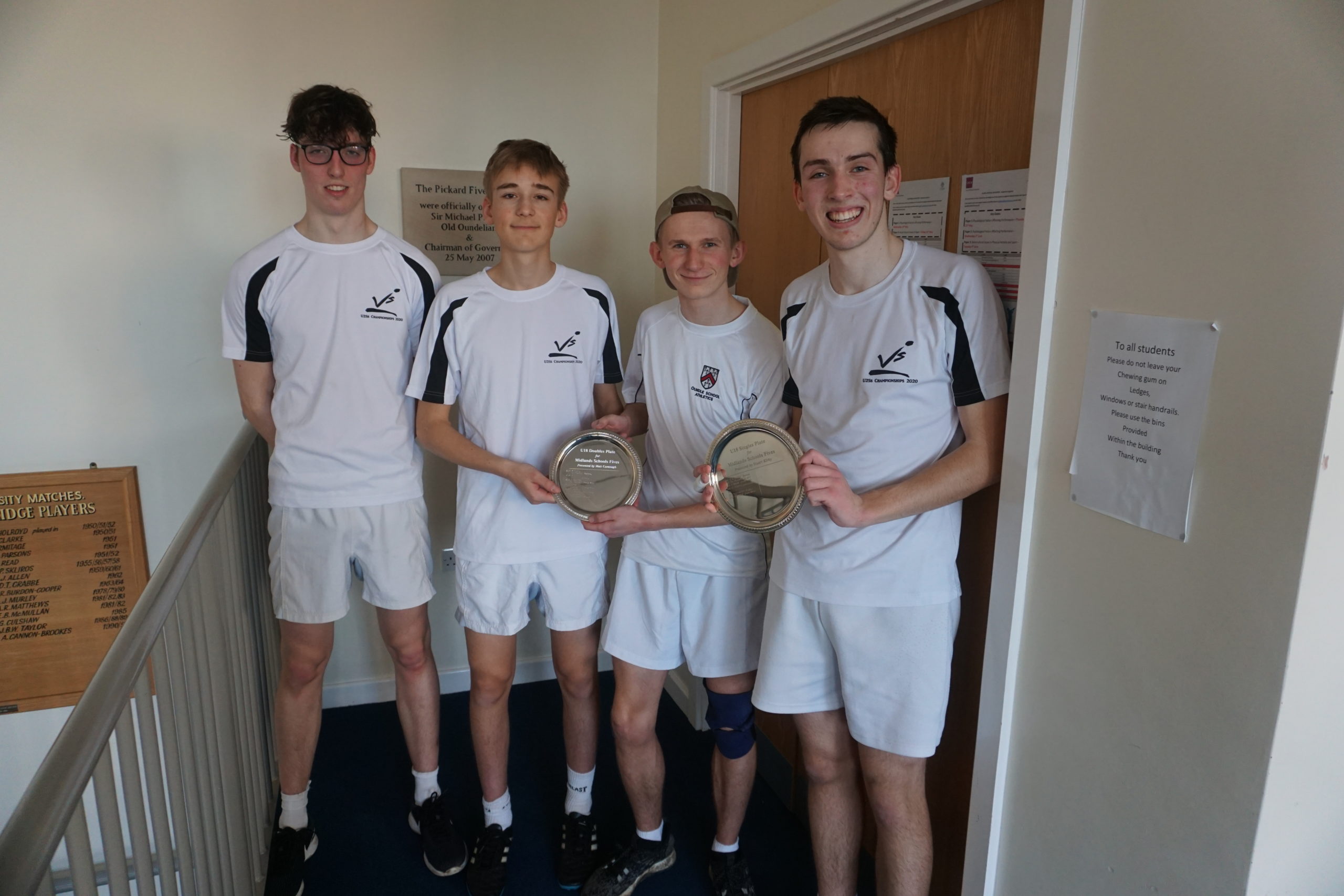 Singles and Doubles Plate for the Oundle IV 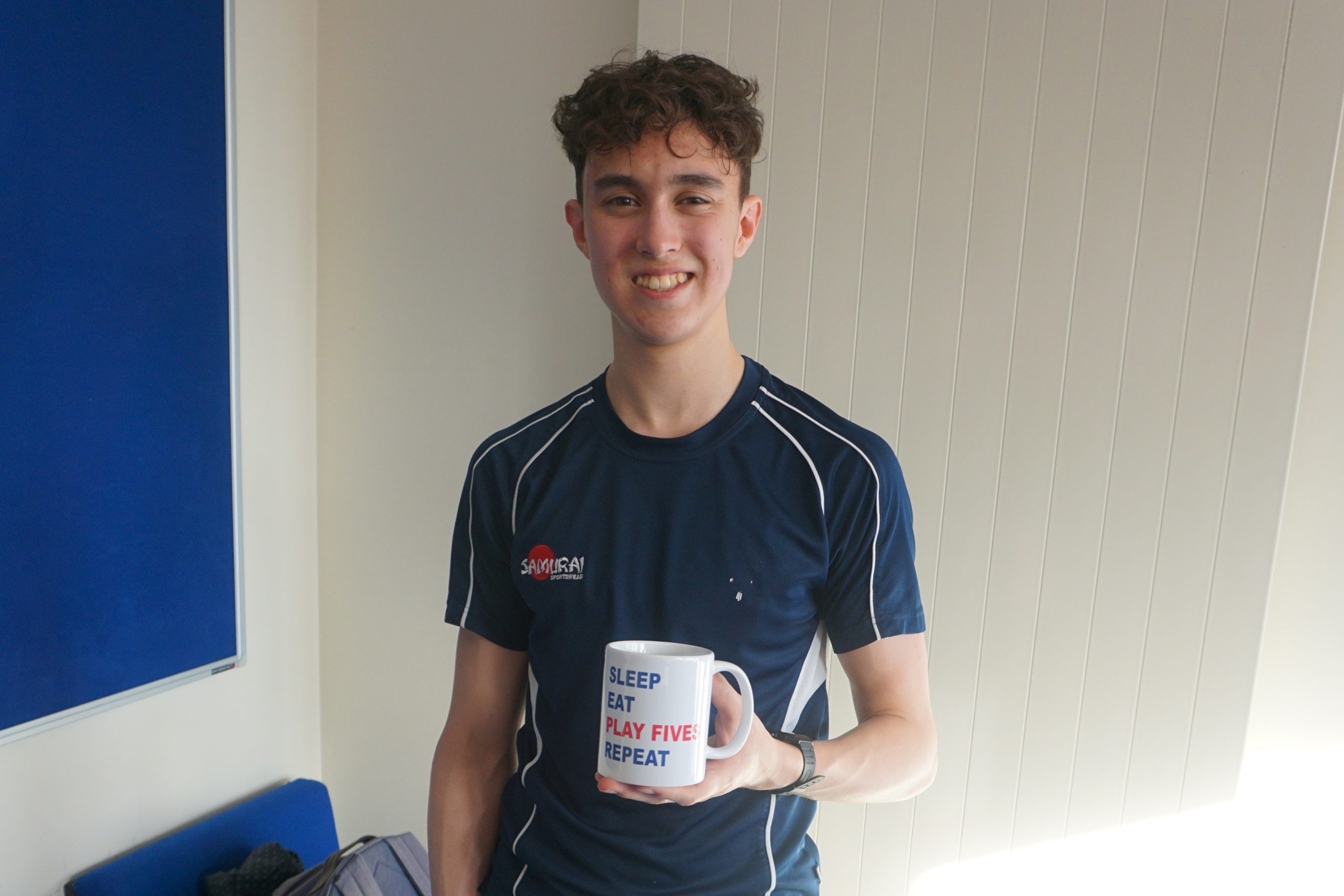