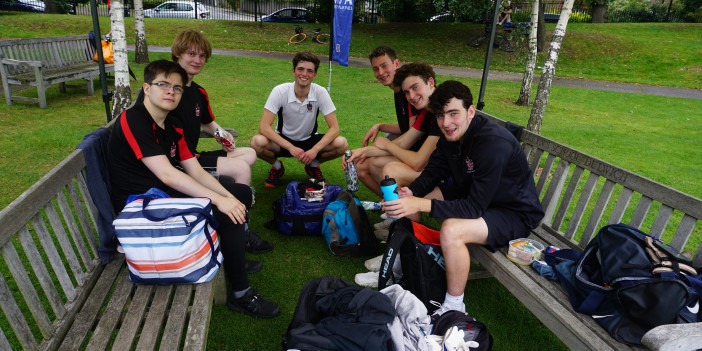 Over 100 players from 13 different schools and clubs took part in The National Schools’ Fives Championships 2021, kindly hosted by Alleyn’s School over the course of four days. The event comprised open tournaments at U14, U16 and U18 level, the U13 championships having been completed the previous week.

With such a good turn-out for all categories it was possible to run preliminary groups in round robin format, leading to a knock-out stage and at least one accompanying Plate competition in each age-group. So organisers Dave Butler and Hamish Buchanan were kept busy, particularly over the first two days. A gratifyingly large entry for the U18 competition meant that nearly every school was eventually represented in the knock-out draw, but by the time the final was reached it was two players from the same school, Alleyn’s, who fought for the title, with number one seed, Gwydion Wiseman, triumphing over his friend and partner Stuart Scott. Not surprisingly Gwydion and Stuart then combined to win the Doubles title, beating Marcus Cloke Browne and Kaito Bremner from Winchester.

The U16 entry was the smallest, though boosted by some young players moving up for the Doubles. From the start it looked as if the player to beat in the Singles was Genesis Nsenga, who combines Eton Fives at St Olave’s School with Rugby Fives at the Edward Alleyn Club. There was great interest to see who might challenge him in the final of the Singles, whether Theo Vernacchio of Alleyn’s or Max Freudenheim of Tonbridge. These two played out a high quality semi-final, with Max coming out on top. Unfortunately the effort of that victory left Max short of the necessary energy to seriously challenge Genesis in the final. But a second chance for the gold medal came in the Doubles, where Tonbridge took on Alleyn’s in the final. Yet again, though, Max had to settle for silver as he and partner narrowly lost to the Alleyn’s first pair in the best and closest match of the tournament so far.

With virtually no inter-school matches to go on the seeding for the U14 Singles was tricky. There was talk of a very promising player from The Edinburgh Academy who might challenge the best from either St Olave’s, Winchester or Alleyn’s. There was also a large group from the ever-improving Stamford. In the event it soon became clear that Ronnie Brown from Scotland was indeed the stand-out player. Who would meet him in the final? Much to coach Alex Smith’s delight it was Chase Burgess from Stamford Endowed Schools who had the honour of being their first player to reach a national final, some achievement for someone who plays his Fives largely on a squash court and has as yet very limited experience of competing on a standard Rugby Fives court. A silver medal was his reward. Greater delight was to come when Chase joined up with Cameron Drutman for an historic victory in the Doubles final — and Stamford won a Plate in Singles and Doubles, too!

The fourth day was not just the traditional finals day. It was also the day to stage the retrospective U18 Singles and Doubles, offering a chance for those players who left school in the summer of 2020 having had no Schools competition in their final season of school Fives. Seb Fraser (ex-Winchester, now Newcastle University), Vishal Singh (Derby Moor and now Coventry University) and Callum Clark (ex-Edinburgh Academy and now Durham University) took advantage of this initiative on the part of the RFA, along with a substantial number of younger players still at school. The players themselves virtually ran this competition, knock-outs and Plates, at the end of which Gwydion Wiseman played out a superb final with Boris Ames of Blundell’s School and then, visibly exhausted from his fourth final of the day, paired up with Stuart Scott once more to defeat Boris and his partner Will Bucknell in another exciting Doubles final. For Gwydion it was a double double — and he has another year left to match the great Peter Mellor’s record of three National Schools’ Singles titles in a row. Less momentous but still rewarding for Derby Moor was their double in the Plate competitions, where Raheem Yusuf won the Singles and then joined Vishal to win the Doubles.

So many thank-you’s to make. Firstly to the organisers Dave Butler and Hamish Buchanan who deserve all the praise they got, and more, for setting up and running the event with such a light touch. To Alleyn’s School and particularly Rob Ody for hosting us and dealing with alacrity with whatever logistical issue came up. To solicitous parents and enthusiastic coaches, without whom so few players would have made it to the competition. Above all to the competitors: the Winchester group who braved the rain in a family huddle; the Derby Moor squad who can hardly be kept off court; the tight-knit Alleyn’s contingent, all tactics and pasta; the chirpy Paulines enjoying courts in the cool, fresh air; the adventurous Scots, happy to get a few days off school before term has barely begun; the inspirational Stamfordians doing their coach proud; the ambitious City of Durham party whose obvious love of the game matches the quality of their play; the Tonbridgians who strike the ball with the elegance of their master-in-charge; the long-distance Blundellians, who play the game the way Wayne Enstone has taught them. Everyone there.

Retrospective U18 Championship for the season 2019-20 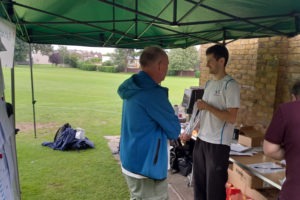 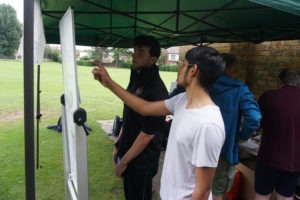 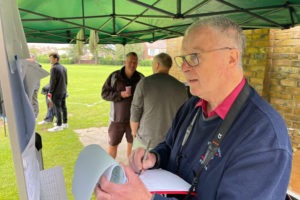 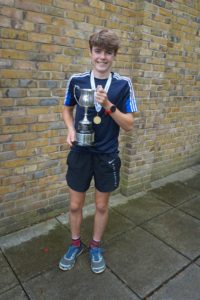 The U14 Singles Champion from The Edinburgh Academy 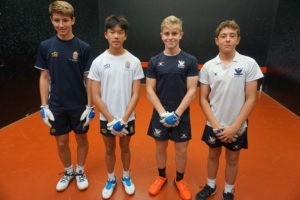 The U14 Doubles finalists from Winchester and Stamford 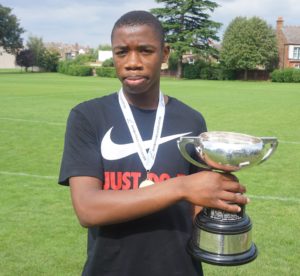 The U16 Singles Champion from St Olave’s 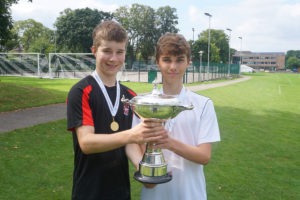 U16 Doubles champions from Alleyn’s 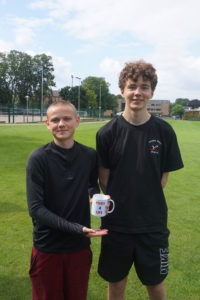 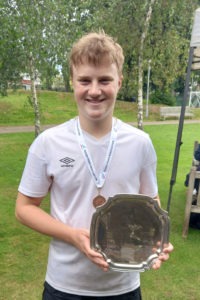 U18 Plate winner from St Paul’s 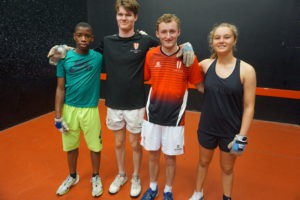 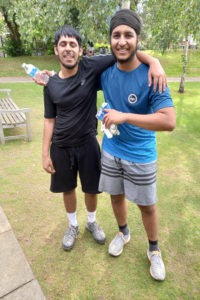 U18 Plate champions, Singles and Doubles, from Derby Moor 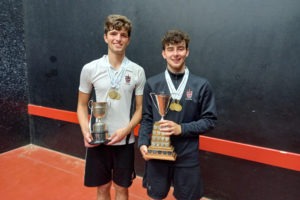 Double U18 National Champions, Singles and Doubles, from Alleyn’s