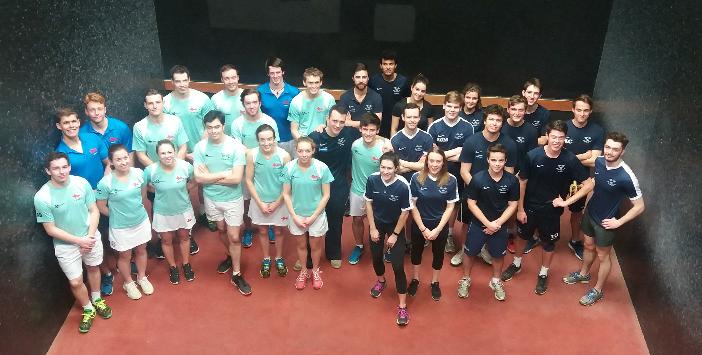 In the 87th Varsity Match Cambridge University won a predictable victory, their 7th in a row, by 293-94 to take the Jock Burnet Cup. Their success was built largely on the strength of their top IV, which consisted of four National Schools Champions, three of them Full Blues.

However, in the Sparrows versus Beavers match the Dark Blues recorded a hefty victory by 180-70 and thus took home the coveted Fist of Iron.

Cambridge won the Silver Salver in the 3rd Varsity Match for Ladies by 180-6, their three nationally ranked players proving too experienced for their opposite numbers in all departments of the game.

David Barnes reports: Just as Oxford did in the 1990s, Cambridge has recently had a wealth of talented fives players in residence. This year their top four singles players had all in their turn been the National Schools’ singles champion – surely a first. And three of them – Messrs Kay, Beltrami and Shaw – had already been awarded their Full Blue for Fives. So it was not surprising that the Light Blues came out on top in the 2017 Varsity Match. Oxford gained some consolation with a convincing win in the reserves (Beavers v. Sparrows), while the Cambridge Ladies were too experienced for their Oxford counterparts in the second four-a-side encounter between the Universities.

This year’s captains, Matt Hale of Oxford and Ben Beltrami of Cambridge, both in their final year, did well to assemble a full complement of players, although other commitments caused two of the Cambridge men to be delayed. Even so, all the matches were completed by 4.30 or so. I notice on re-reading my report from last year that I floated the idea of a singles game for everyone, including the bottom four of the eight. There was time available again this year, as it turned out, so how about next year, if the captains agree?

Despite serious preparation and effort on the part of Hale and his men, there was only limited reward for Oxford in the top half of the draw. Their first pair (Bhushan and Mills) did very well to glean twenty points in the doubles, but the pressure applied by the Cambridge players was relentless. Beltrami and Kay were particularly severe in both singles and doubles, but, to their credit, Oxford fought hard and never gave up. Last season’s schools champion, Boyd, started his Varsity career with a fine singles performance for Cambridge and had a top-class doubles partner in Shaw. In the bottom half, the scores were closer, although Cambridge 3 (Manger & Tebboth) won all four of their games. Oxford 3 (Cranstoun & Muscat) were the most successful Dark Blue pair, scoring 48 points out a possible 60.

The Oxford Beavers showed that Oxford’s squad had much greater strength in depth by winning all their games and recording a stunning victory by more than a hundred points. I hope some of them are back next year to compete for a place in the eight.

The Ladies match was not as exciting as last year. Oxford’s star of 2016, Louisa Hotson, is no longer in residence, while the much more experienced Cambridge team had clearly benefitted from the institution of a mixed doubles event at the Cambridge Past v, Present the weekend before. I hope that the Oxford players are not too upset at being defeated by such high-quality opposition, and I urge next year’s captains to continue the good work of recruiting promising talent for their ladies’ squads. Ladies’ fives is on the march!

My thanks go again this year to Owen Toller, who helped greatly with the organisation of the match, and to St. Paul’s School for once again providing its fine facilities for the Varsity Match, as it has done since 1983. 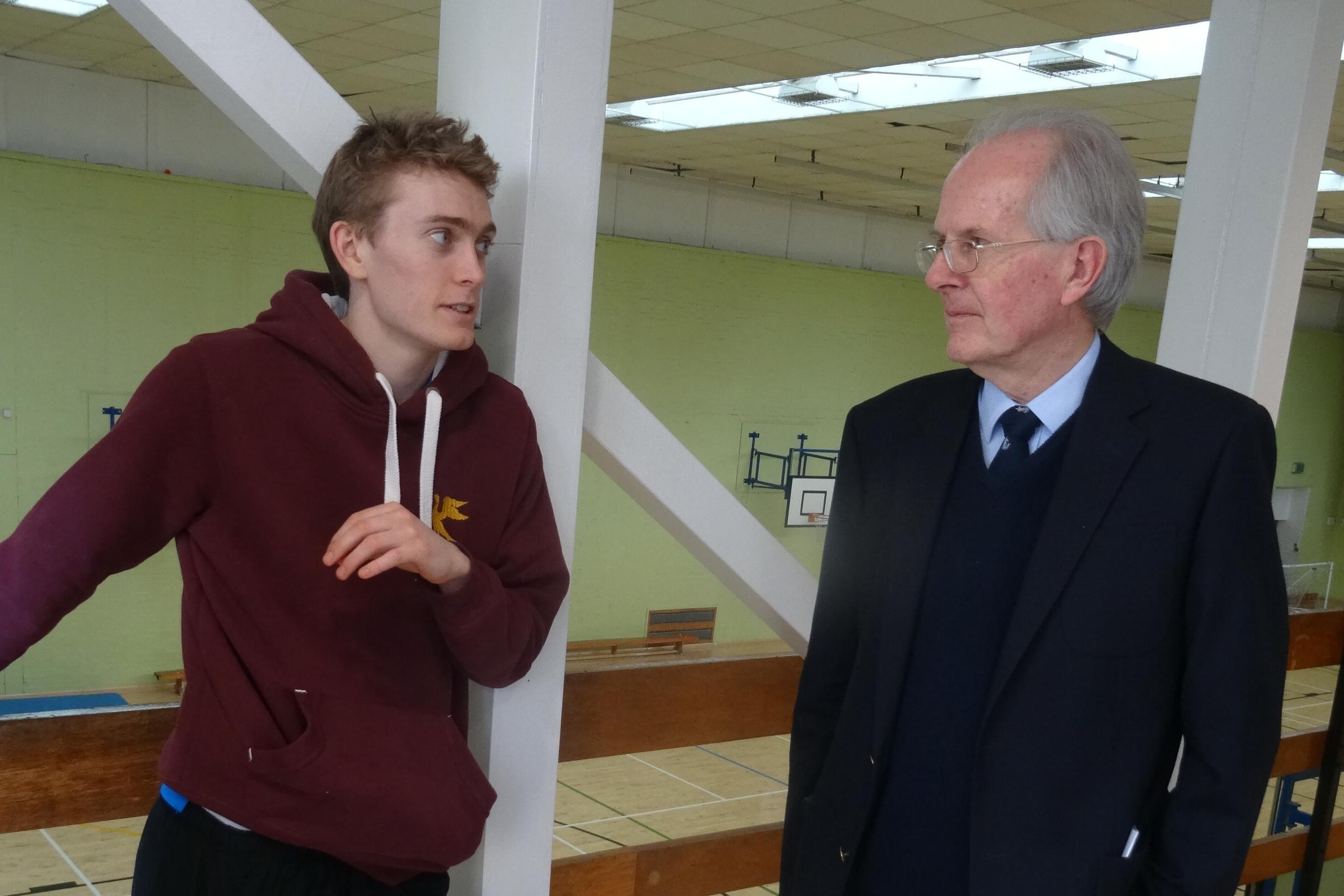 Before the Match: Ed Kay and David Barnes in conversation

Light and Dark Blues assembled before the afternoon’s play 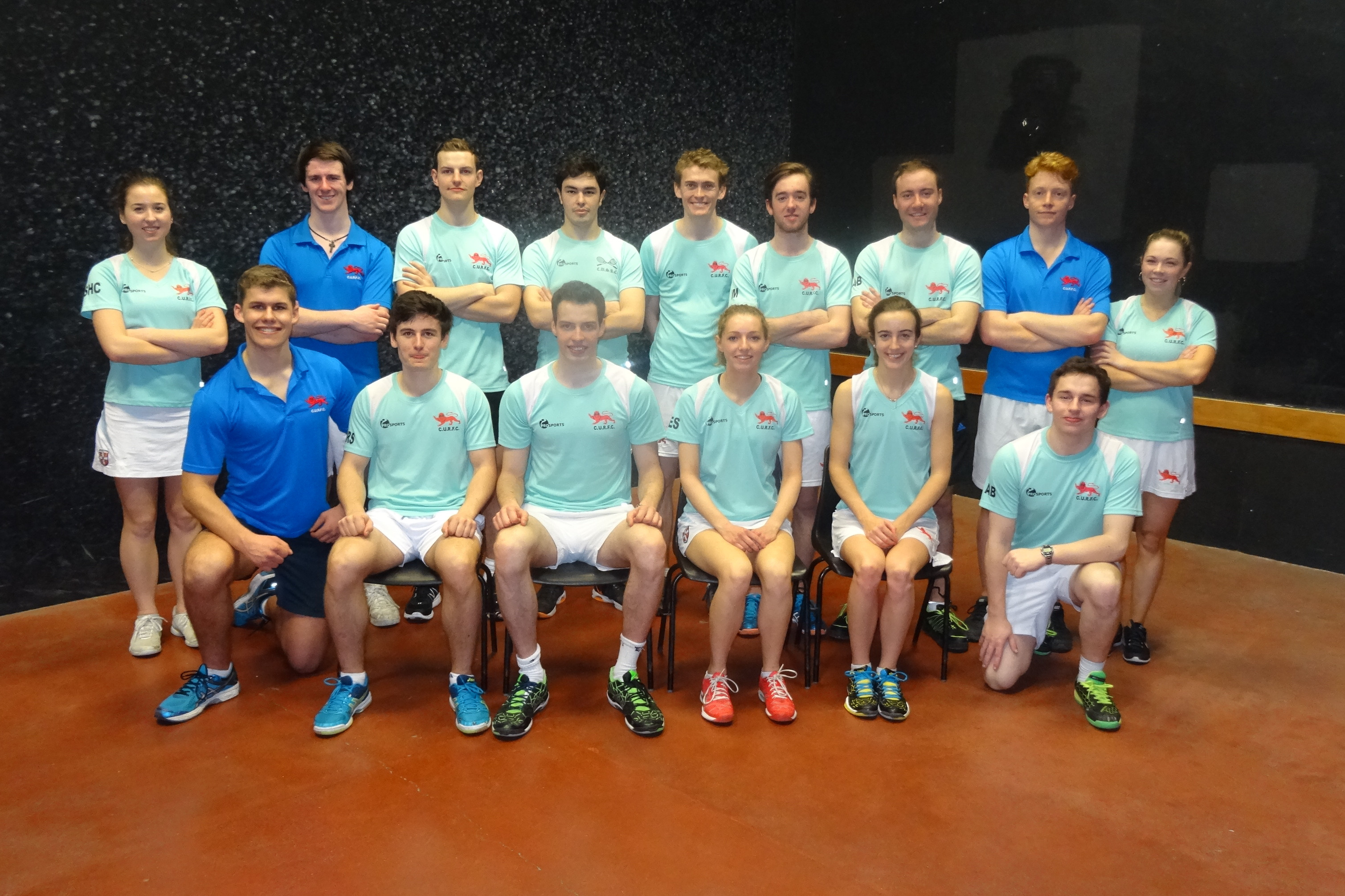 The Cambridge squad for the 2017 Varsity Match 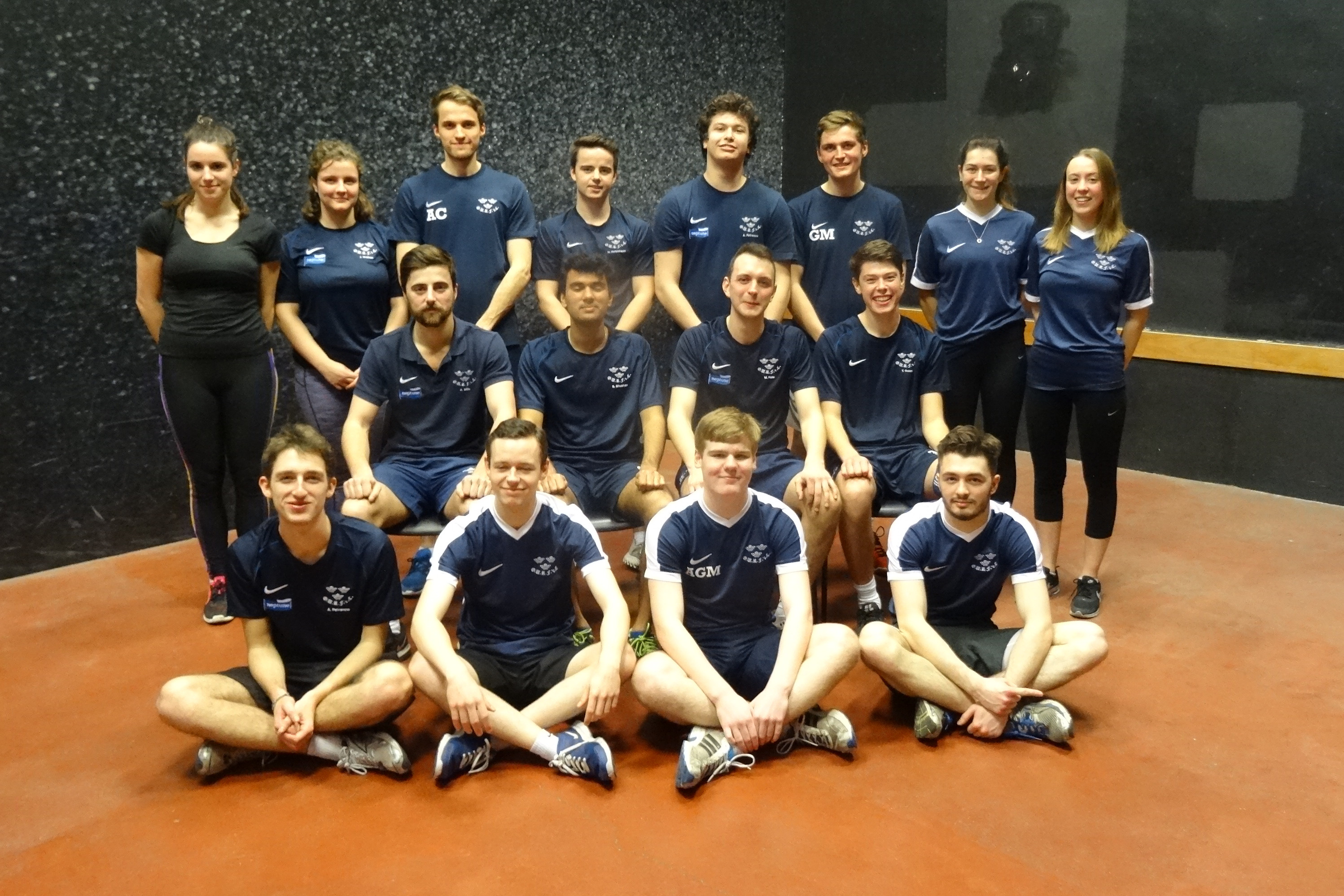 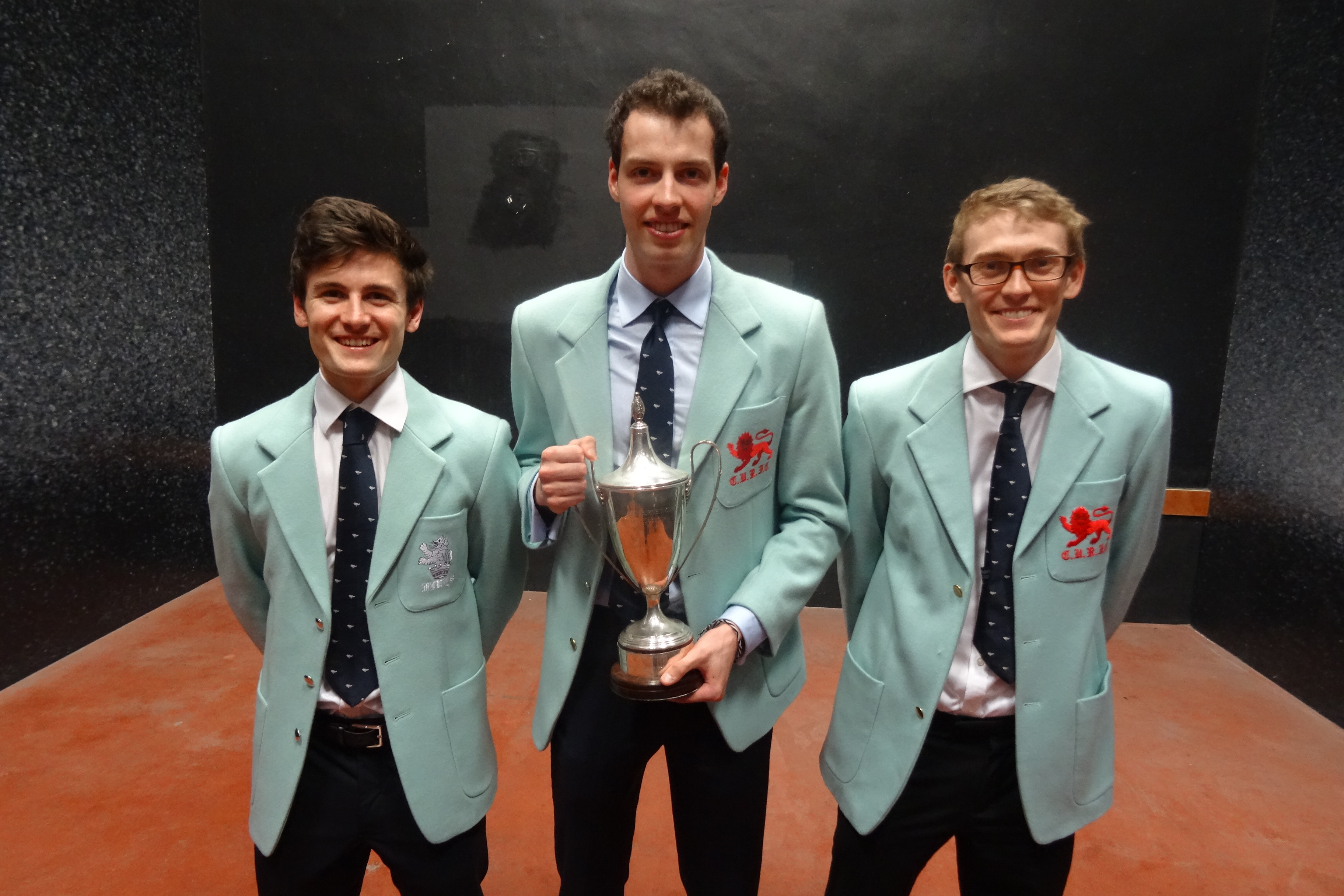