Organiser Harry Akerman reports: 16 pairs entered this year’s ‘Barnes Bridge’ and despite the post-storm British Rail excuses of ‘trees on the line’ and ‘scaffolding on the line’, all 32 players made it safely to Winchester College for what could be the last Barnes Bridge before the new courts are opened.

The first round sprung no surprises other than local Wessex Club stalwarts Martin Patterson and Miles Catton leading in both their games against number 2 seeds Dan Tristao and Dave Butler… but not for long! Again the second round and quarter-finals went according to the seedings apart from a fine 3-game victory by Hamish Buchanan and James Bristow over Giles Munn and James Birch. The expected hard hitting onslaught of Ollie Arnold and Theo Parker could not put the number 2 seeds off their line and with Will Ellison and Ed Kay having a relatively easy semi-final against an understandably tiring Hamish and James the number 1 and 2 seeds made it through to the final without too many concerns.

Various Plate competitions were meanwhile underway to ensure that no one went home feeling short of exercise. In the main plate for first-out losers Ben Chua and James Smith won an excellent final against James Marshall and Louise Mathias. A plate for the second round losers saw Giles and James coming out up against John Minta and Ed Hawke in another 3-gamer.

Other highlights of the plates included Duncan Neale (always one for a bit of extra fives) playing a best of 3 in the Plate without realising it was a best of one and then he went on to display some extraordinary delaying tactics to catch his breath when playing against the organiser — you really need to learn to tie those laces properly the first time, Duncan!

And so to the final, and what a final it was. I cannot think there have ever been too many better games of fives played.

The first started cagily, with both pairs not wanting to give anything away. All players were serving well, not necessarily into the buttress but into the nicks around it, so chances to win points were scarce. Eventually Will and Ed broke the deadlock with the game havjng been stuck at 6-6 to lead 13-7. As often happens in Winchester Five, however, it was Dave and Dan’s turn to go on a run of points. It looked at one point like they may turn the tables and take the game, but they never managed to quite get level and Will and Ed held on to take the game 15-13.

The second game was a role reversal of the first. Dave and Dan broke the deadlock again at 6-apiece to go up, only for Will and Ed to claw their way back successfully enough to earn their first match point, but Dave and Dan narrowly won 16-14.

With the match all square going into the third it was very hard to call a winner. Both pairs again knew the importance of a strong start and as was the norm there were a close first few points until Dave and Dan went 10-6 up. Were Ed and Will going to rue not winning that match point in the previous game? At 11-11 it was impossible to call a winner until some killer buttress shots gave Will and Ed the lead and eventual victory 15-12.

Plate for 1st round losers

Plate for 2nd round losers from Barnes Bridge

Plate for first round Plate losers

Plate for 1st round losers from Plate for 2nd round Barnes Bridge losers (!) 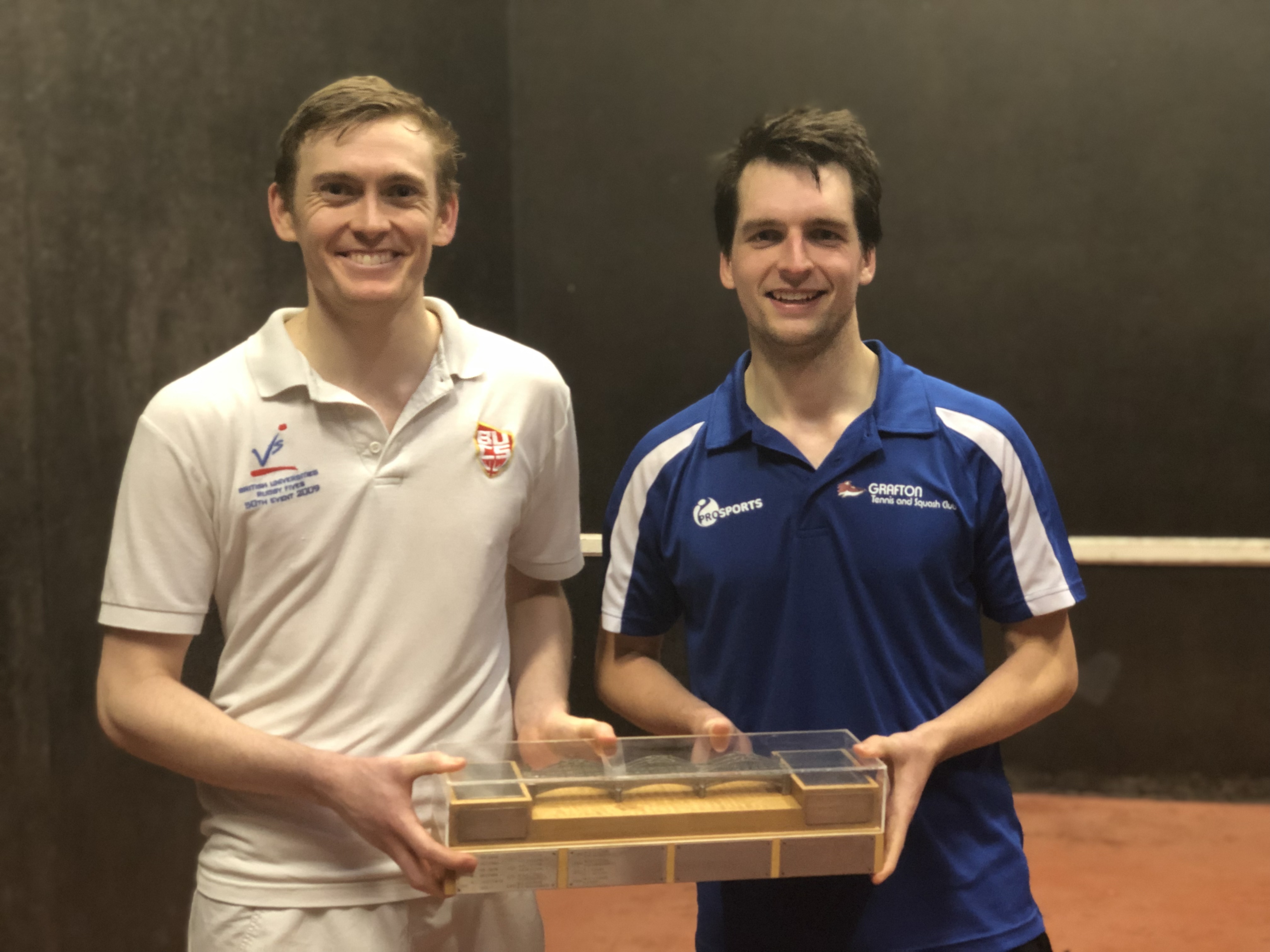 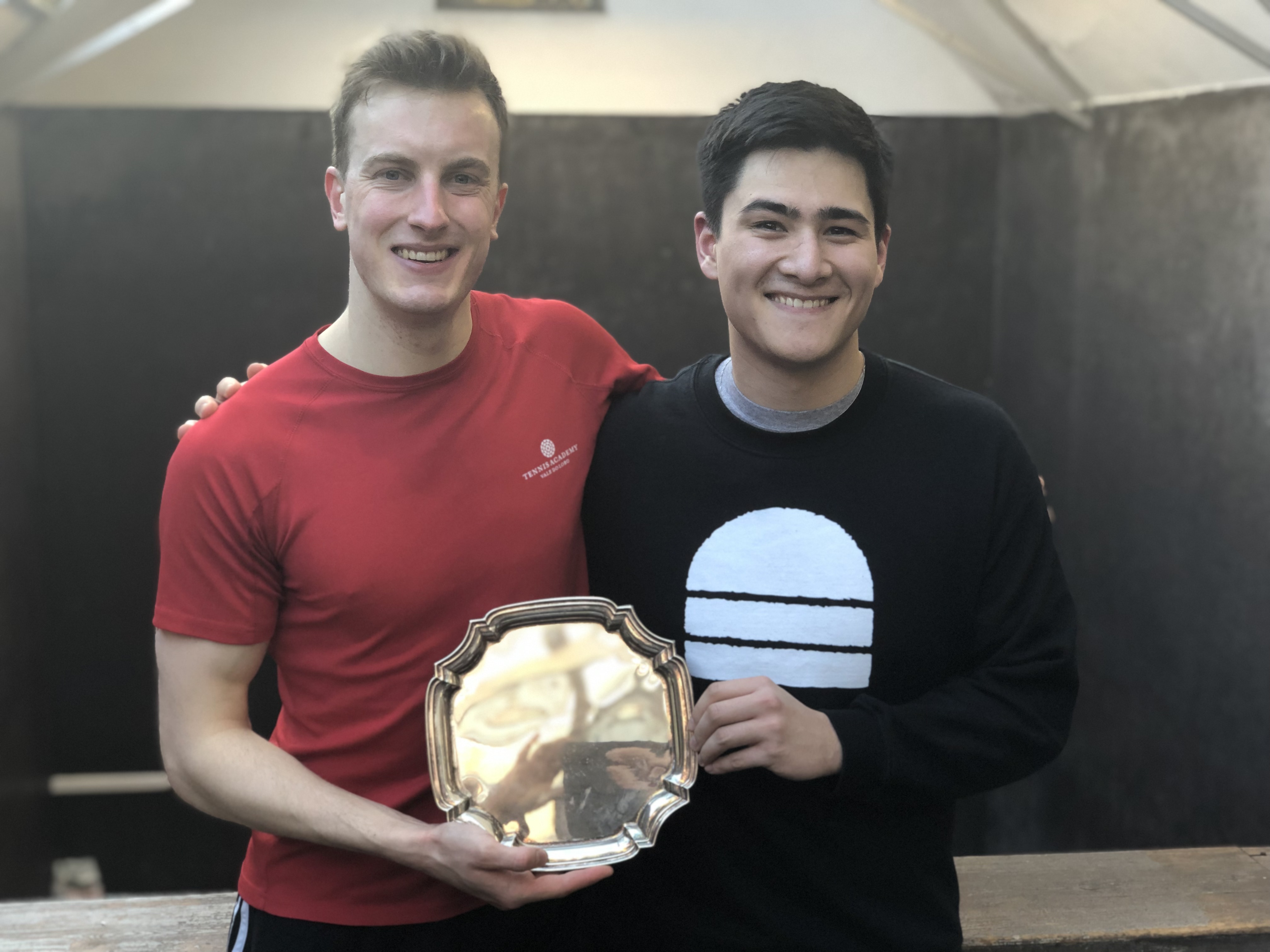 Another one for the collection! 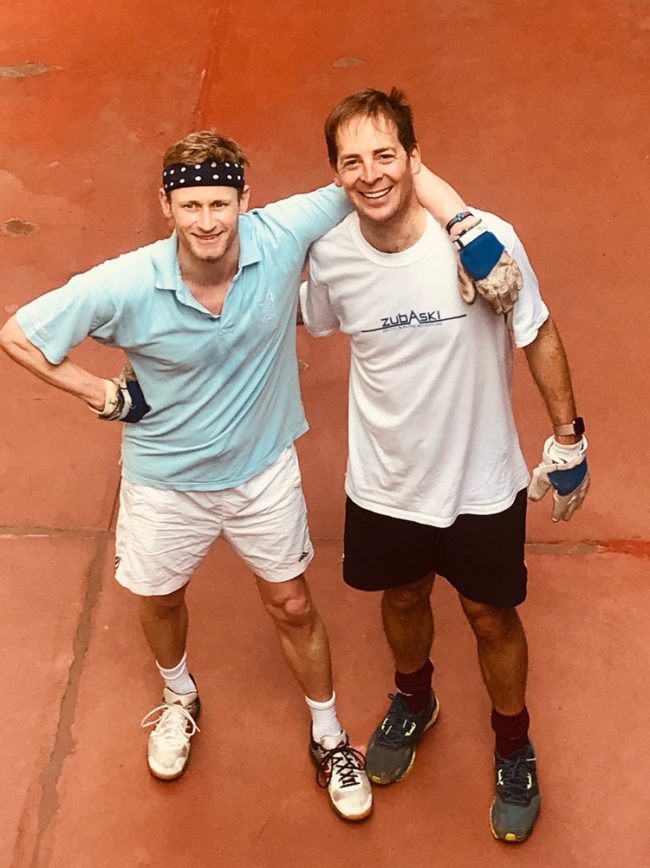