Following on from the successful RFA tour to Scotland in 2017 Hamish Buchanan organised a similar, but larger, tour earlier this month. In all eight Buchananeers made their expectant way to Edinburgh on Friday afternoon by rail, plane and car via pick-up points in the Midlands and West Yorkshire – Stuart Kirby, Richard Christie and Lewis Keates from Derby Moor, Nick Geere, Stuart Watson and his good lady from the South West, Bob Sandie from White Rose country, Phil Atkinson from Bedford, and Hamish from London.

Matches were played over the course of Friday to Sunday at three of the fives-playing schools — Edinburgh Academy, Merchiston Castle School and Fettes College — with victories for the RFA against each of them when points were counted, plus much friendly, mixed play and coaching with some of the aspiring youngsters, male and female, at Loretto School and Fettes. The RFA IV met its match, however, at Fettes when playing the Caledonian Club – Richie Murby and Ben Jourdan taking no prisoners.

As ever, there were moments to reminisce on: Stuart leaving his gloves in courts behind locked school gates; the Headmaster’s wife bringing tea and home-made cakes at Loretto; shabby chic restaurants visited; olives inspiring keen discussion of the best colour for the Merchiston floors (click here!) ; but this year no food poisoning for Hamish. A good time was had by all. 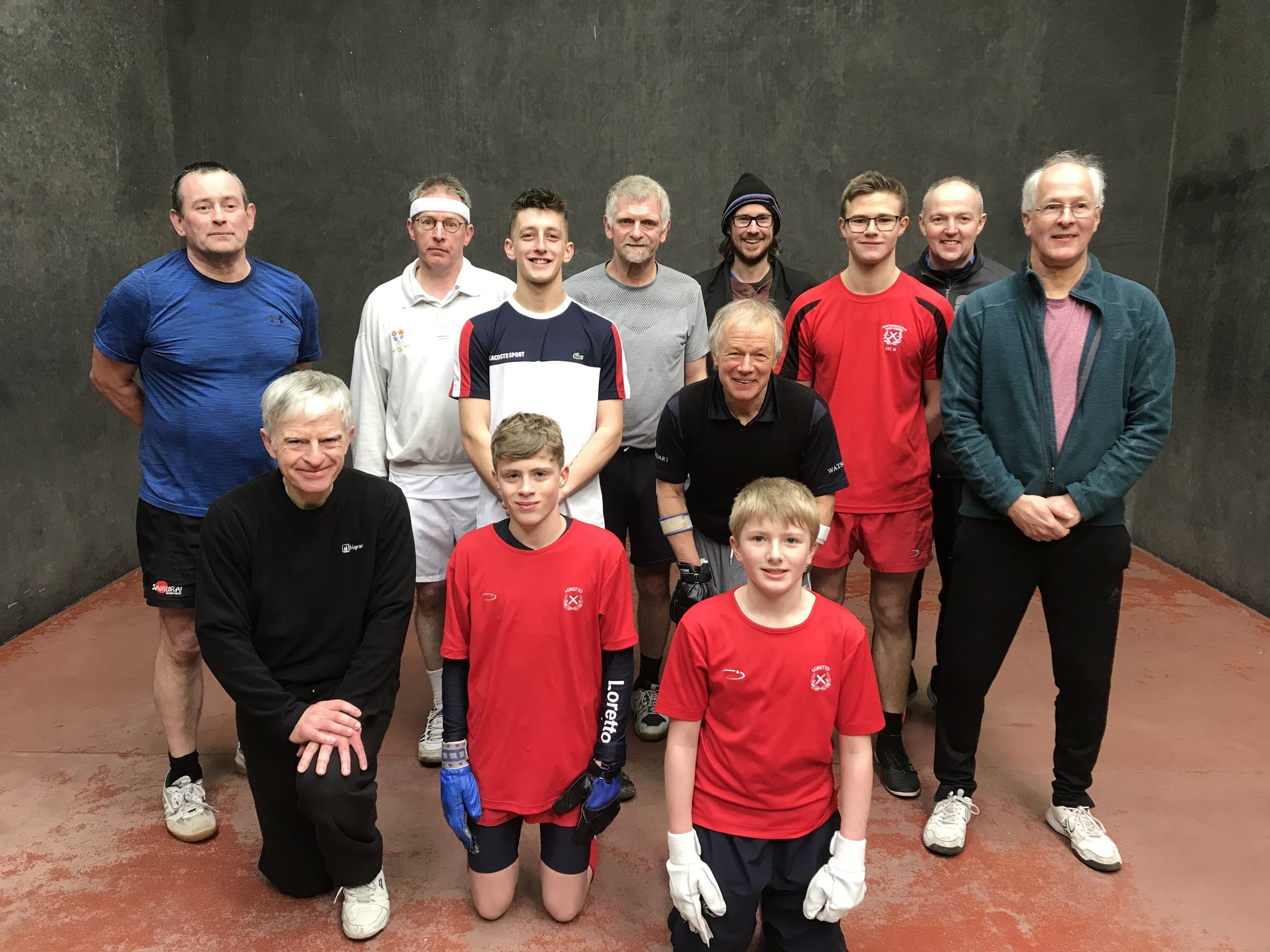 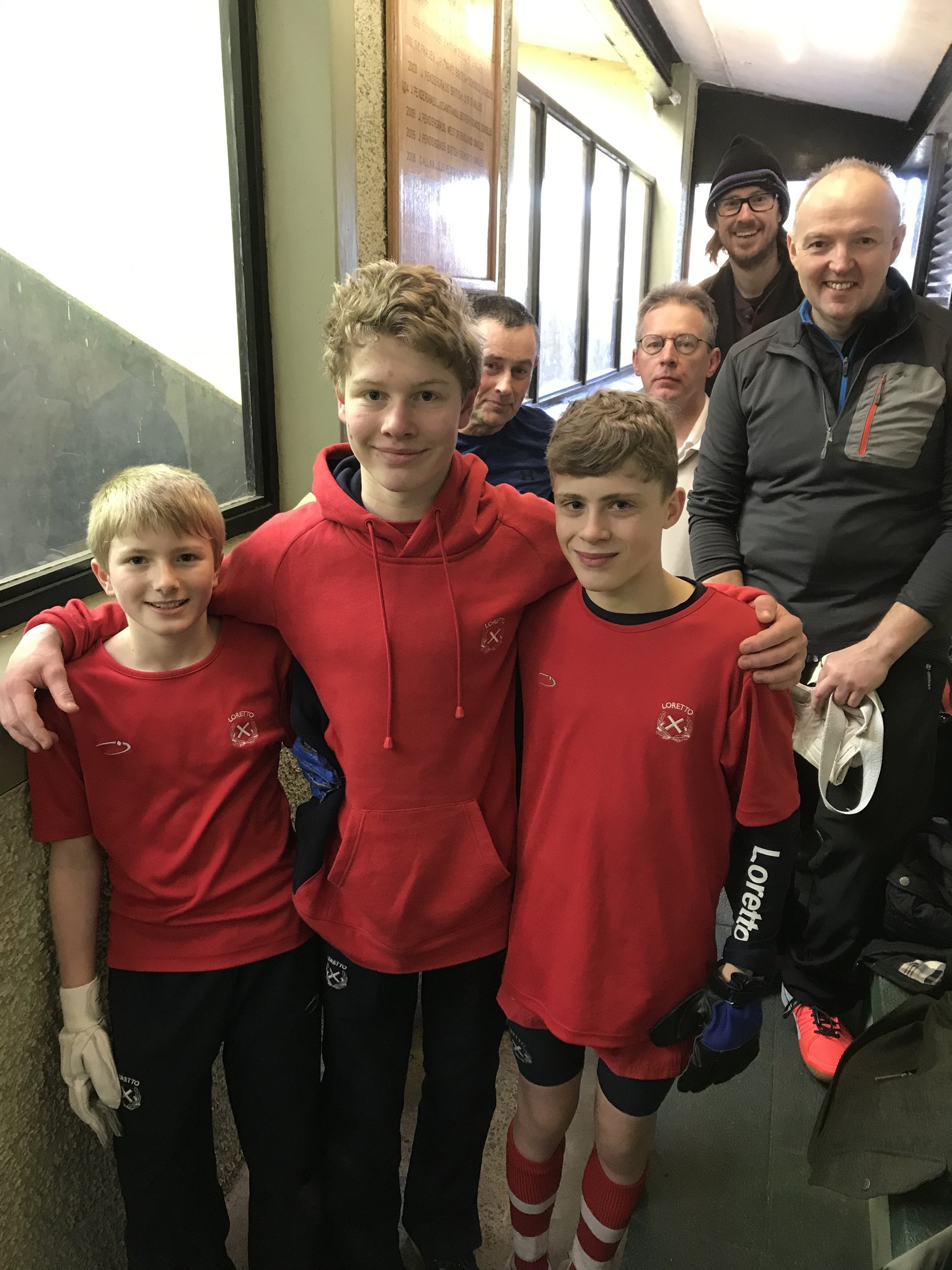 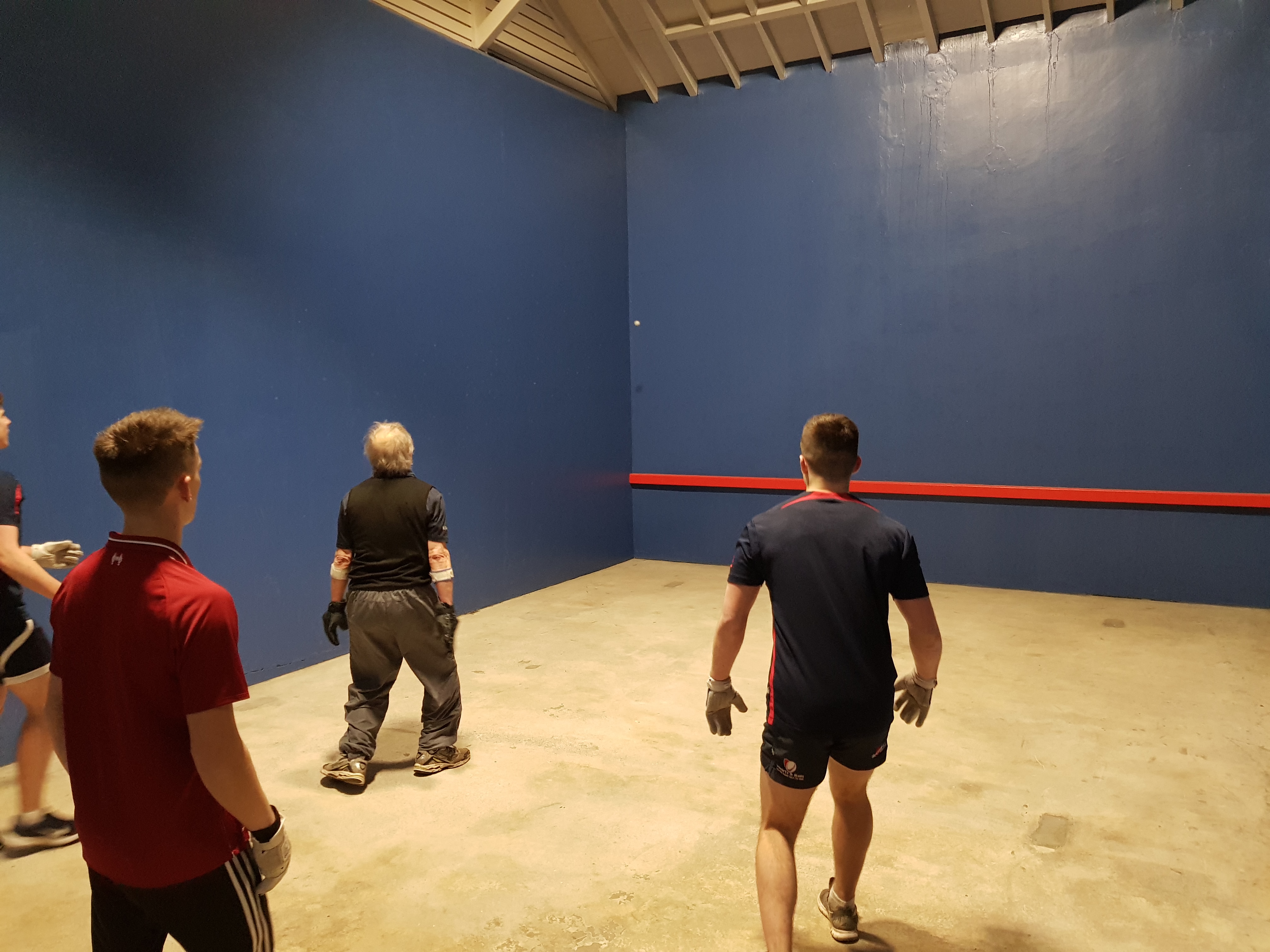 This is how the floor looks at present! 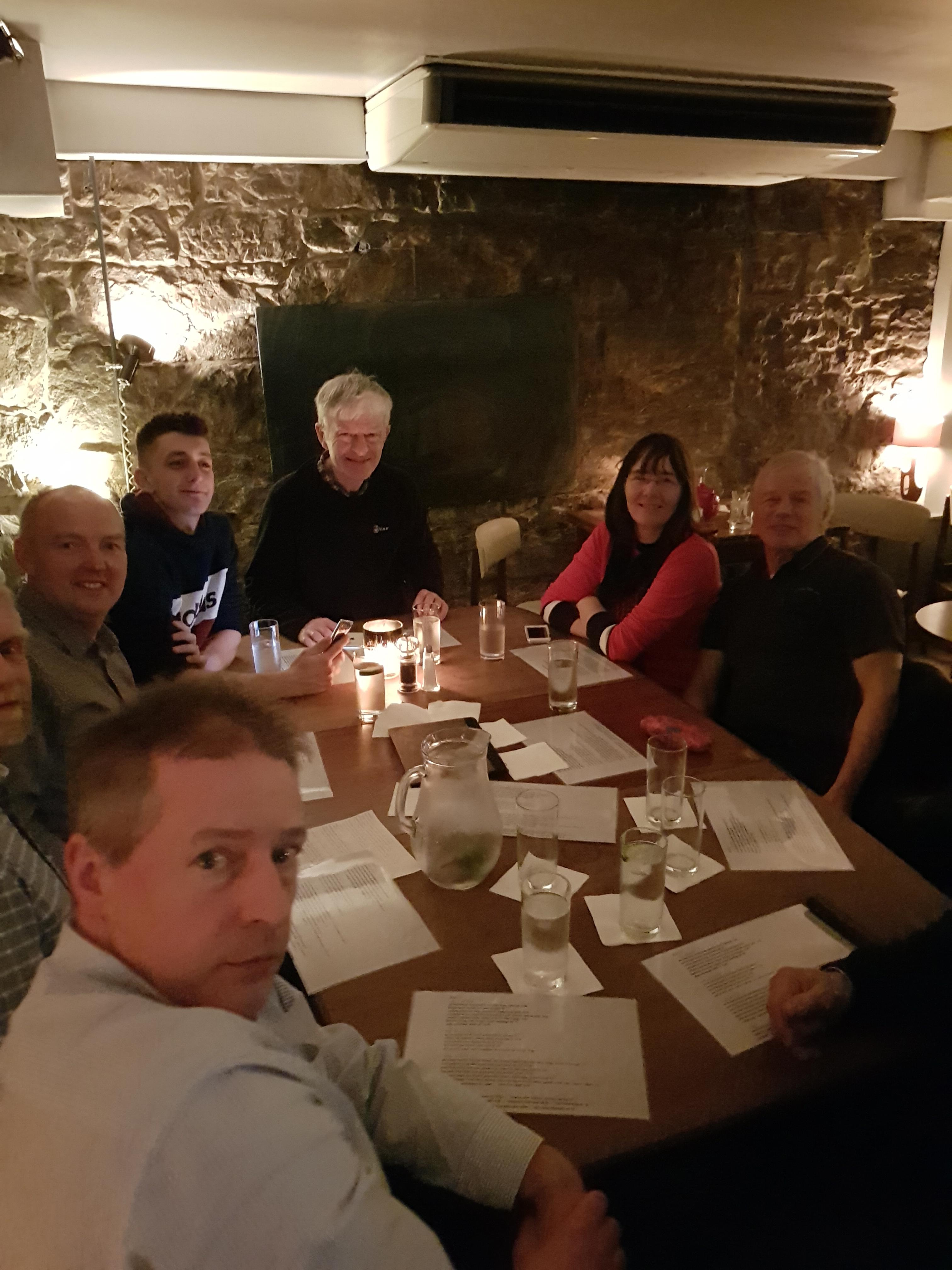 In the Gloaming – Bob Sandie is there – just!