History was made this evening as the RFA played its first known Mixed Doubles match — against Alleyn’s School.

However, we are happy to record that the Jesters have previously played Mixed Doubles matches on their annual Scottish tour.

Match manager Angus Hanton reports: Donald Trump announced that 28th January was an historic day but he had his eye on the wrong ball — instead of dividing up the Middle East this was about finding an ideal gender split for club fives.  In this historic contest two women and two men played in each team.

Alleyn’s fives is flourishing for both boys and girls and they have at least three coaches — Rob Ody, Howard Wiseman, and Dominique Redmond, who in this particular case played for the RFA and was probably mainly responsible for their victory.

Our thanks to one parent who came to support — Katie’s mum, Jo.

The overall result was a win for the RFA by 147-102 with the RFA pulling away in the Doubles after a close start in the Singles. 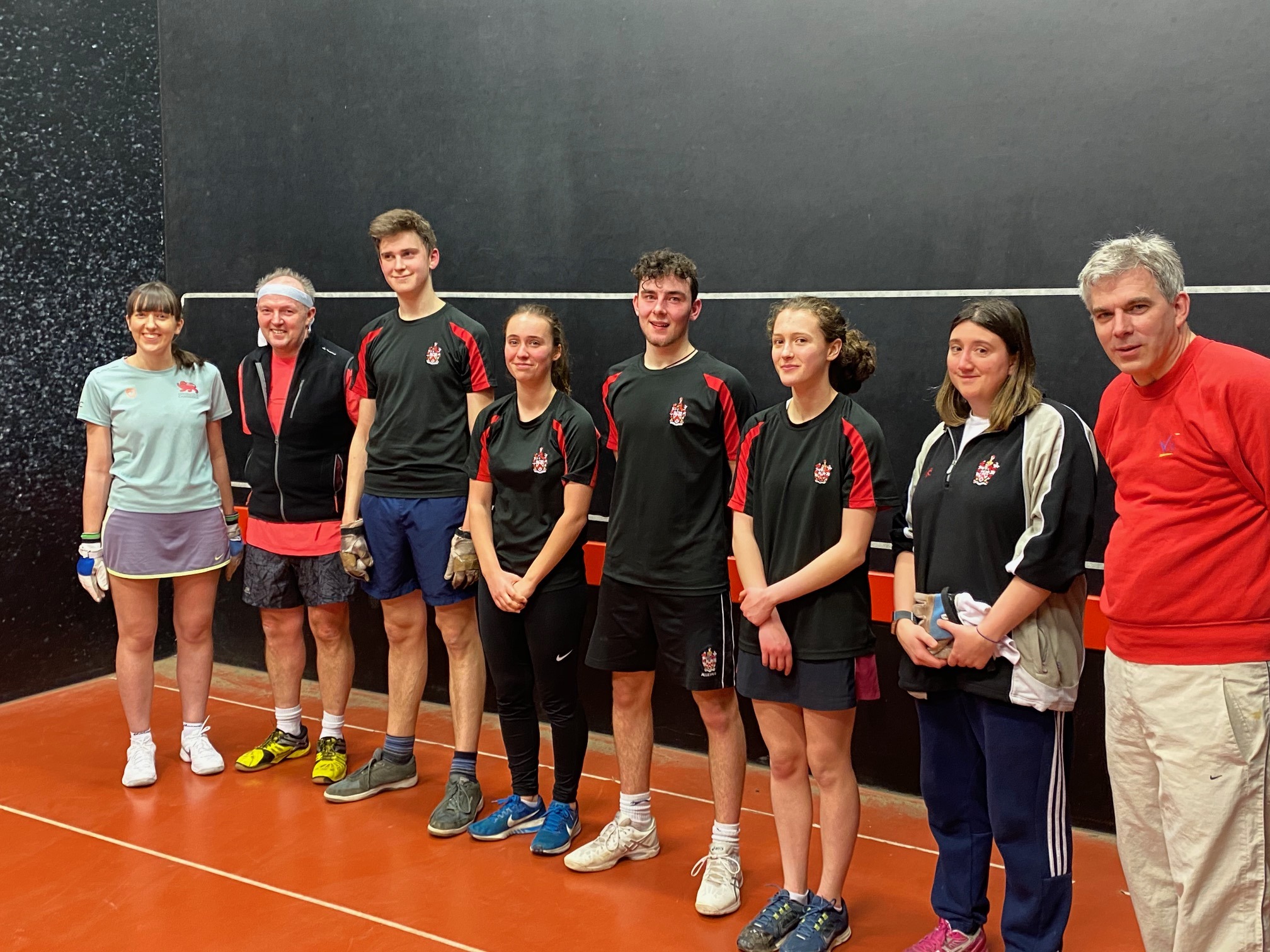 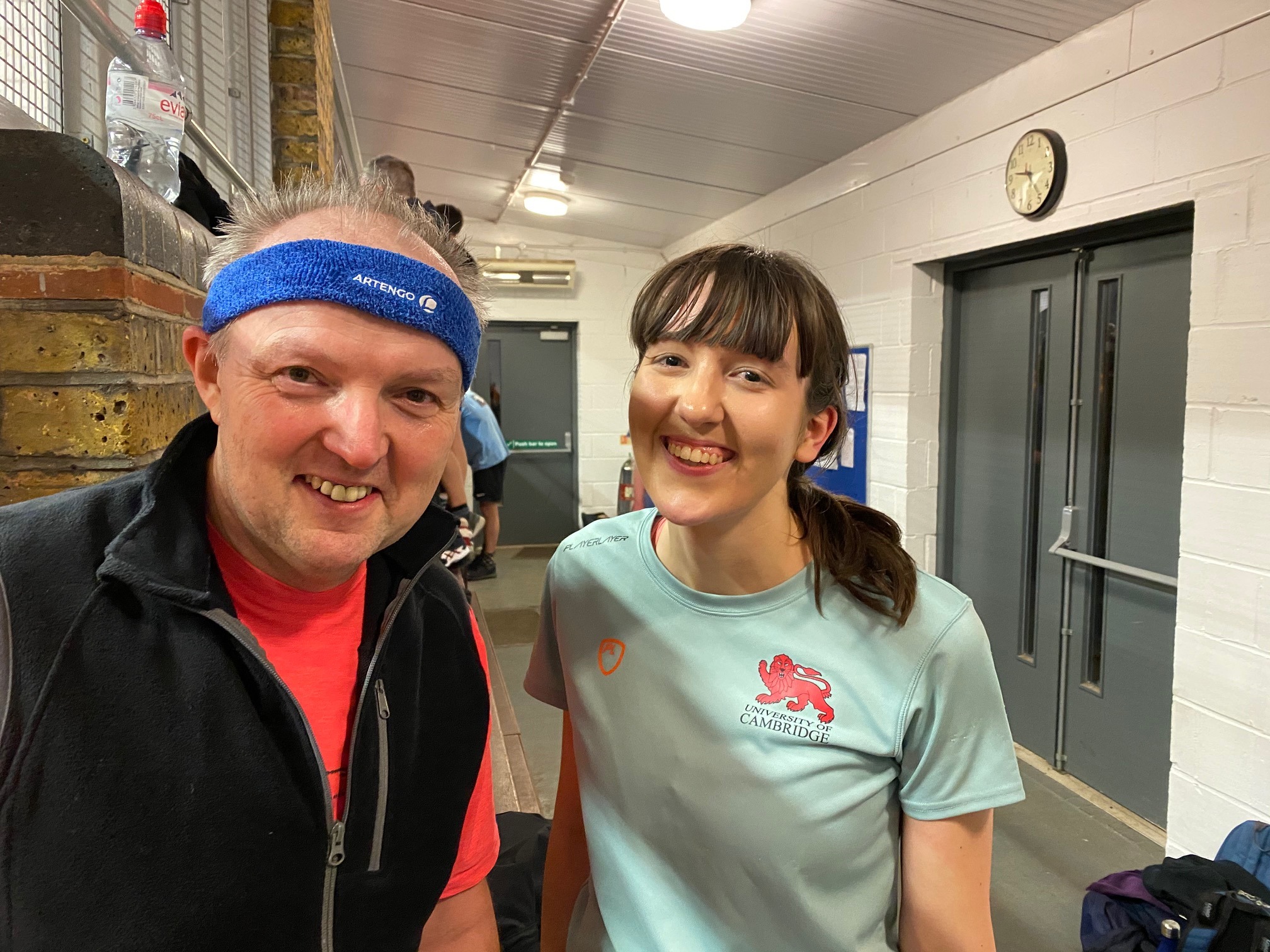 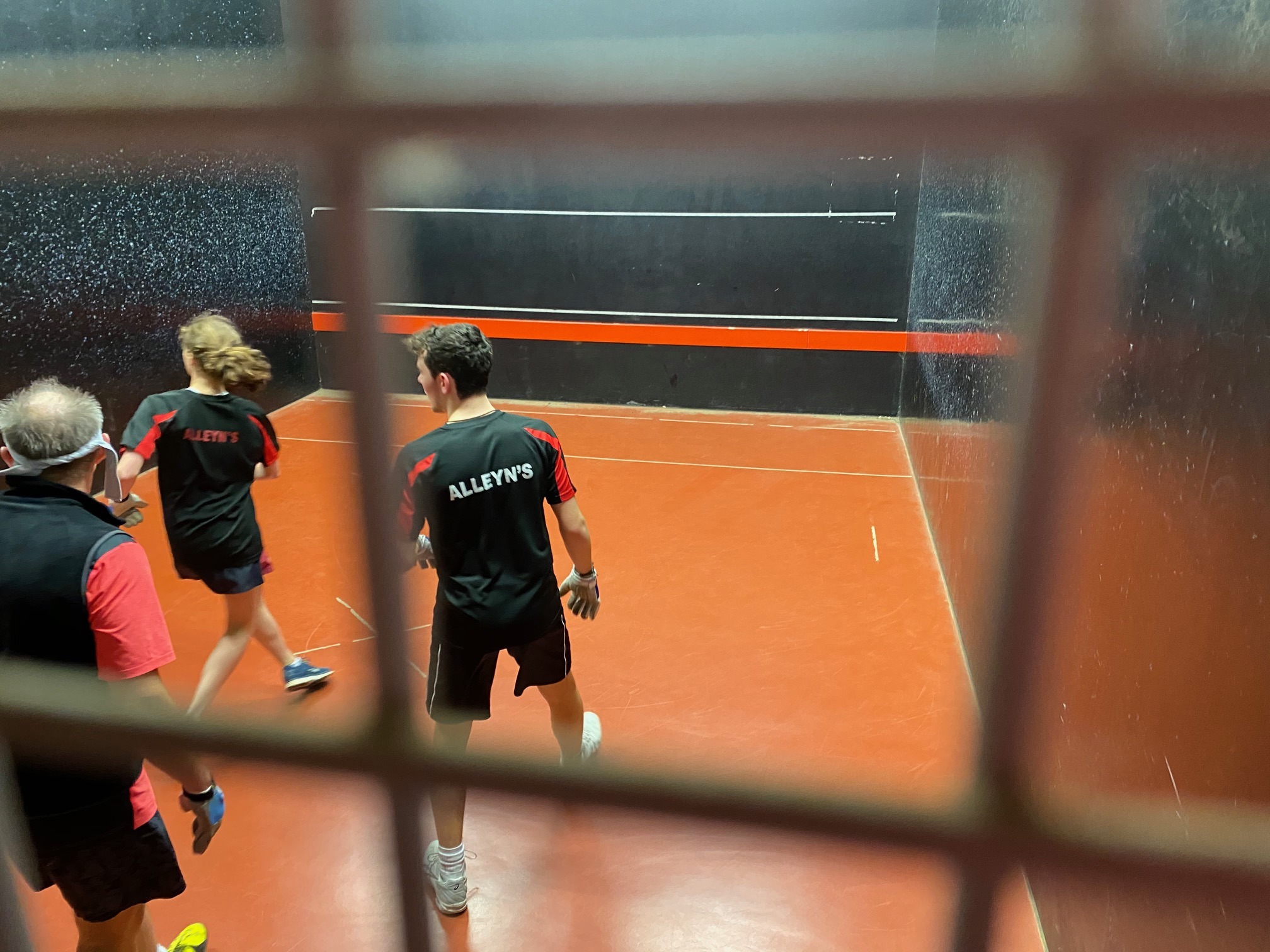