Bob Dolby reports: The magnificent trophy which Mrs Malt gave in memory of her husband Philip Malt AOB on his death in 1937 has finally returned to Alleyn’s School, won by pupils Martha Nugent & Gwydion Wiseman in a thrilling final played against Ibby Lee & Dick Warner.

Philip Malt was Amateur Singles Champion in 1933, 1934 and 1935 and won the Amateur Doubles four years in a row in the same period. He died from tuberculosis aged 31. The trophy which his widow gave to be played for by the Alleyn Old Boys has been repurposed for a tournament at Cambridge promoting FIves for female beginners and students. This year’s event was the fifth.

After a morning of mix and match friendlies, giving everyone a chance to acclimatise to the courts, enjoy some coaching and get to know their partner, the organiser was able to determine draws for the afternoon’s two knock-out competitions.

In the first, the Lady’s Bowl, Malachai & Surianne Griffith from Bedford Modern, the youngest pairing by some distance, swept away opposition from the University in the semi-final but had to work hard to beat Cambridge’s experienced Cassi Henderson and total beginner Sophie Kenny 15-12 in the final.

Malachai and Surianne also won the Ball-in-the-Box Challenge, ably run by Hugo Harrison on an adjacent Eton Fives court, though it took a Sudden Death encounter with Freya Harrison & Trevor White before they could win their second competition of the day.

Meanwhile in the main competition, the Lady’s Cup, Ibby Lee & Dick Warner won a tough semi-final against Freya Harrison & George Terry, a match worthy of any final. Perhaps the effort expended in this victory was the deciding factor against Martha Nugent & Gwydion Wiseman, who had enjoyed an easier route to the final. 16-14 was the score in seesawing match which delighted the numerous spectators but disappointed those who wished Dick a third victory in this prestigious event! 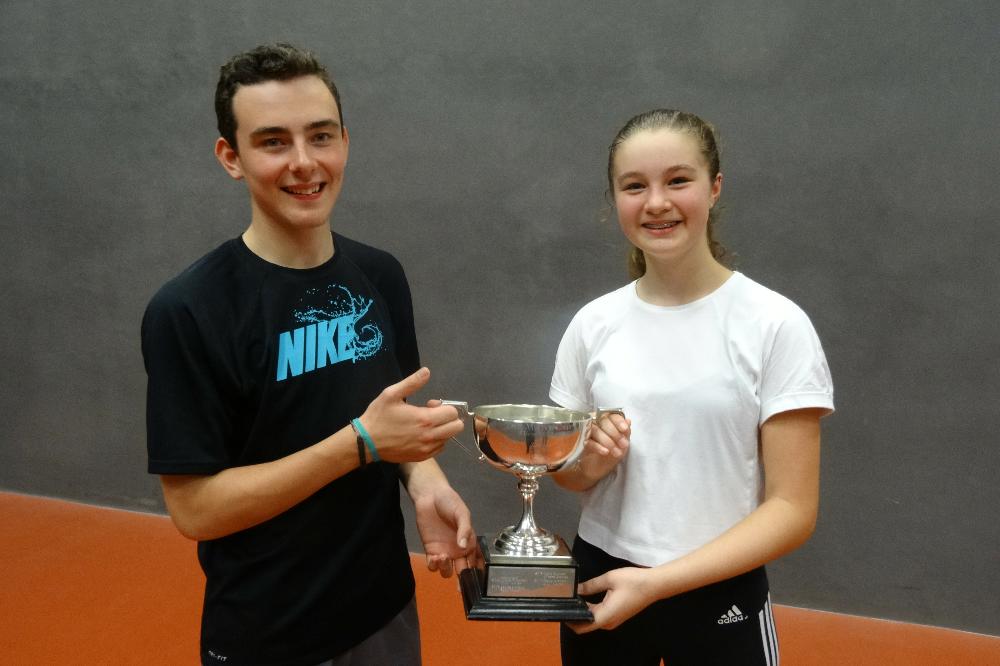 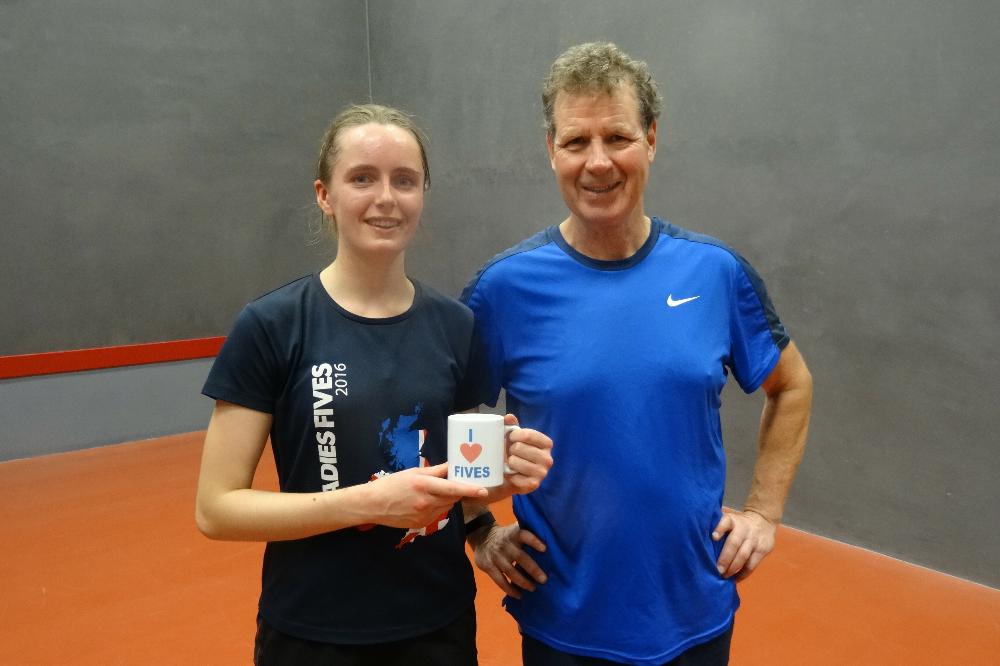 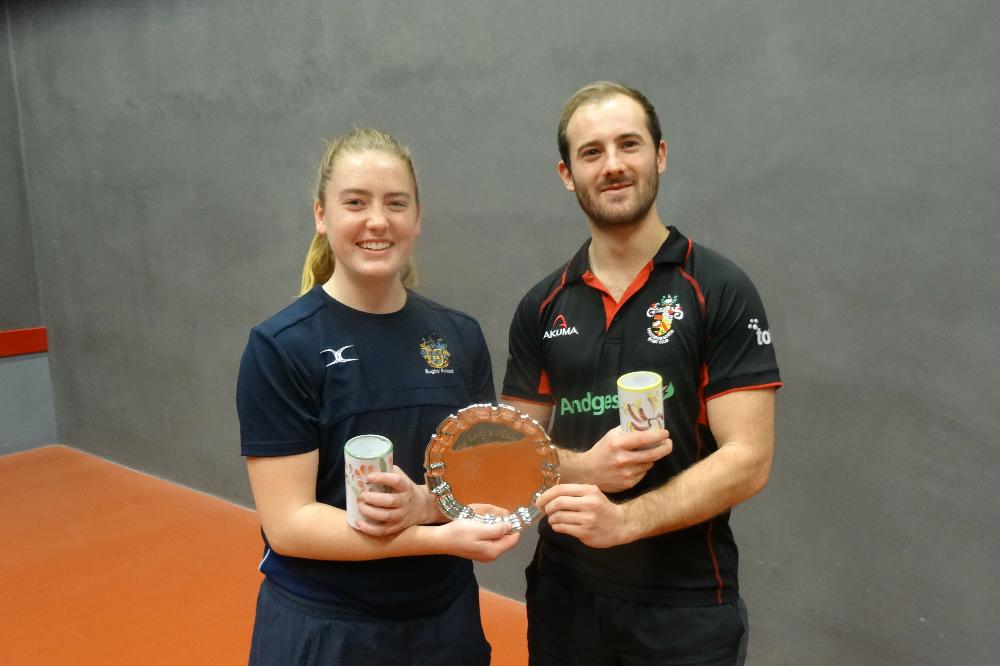 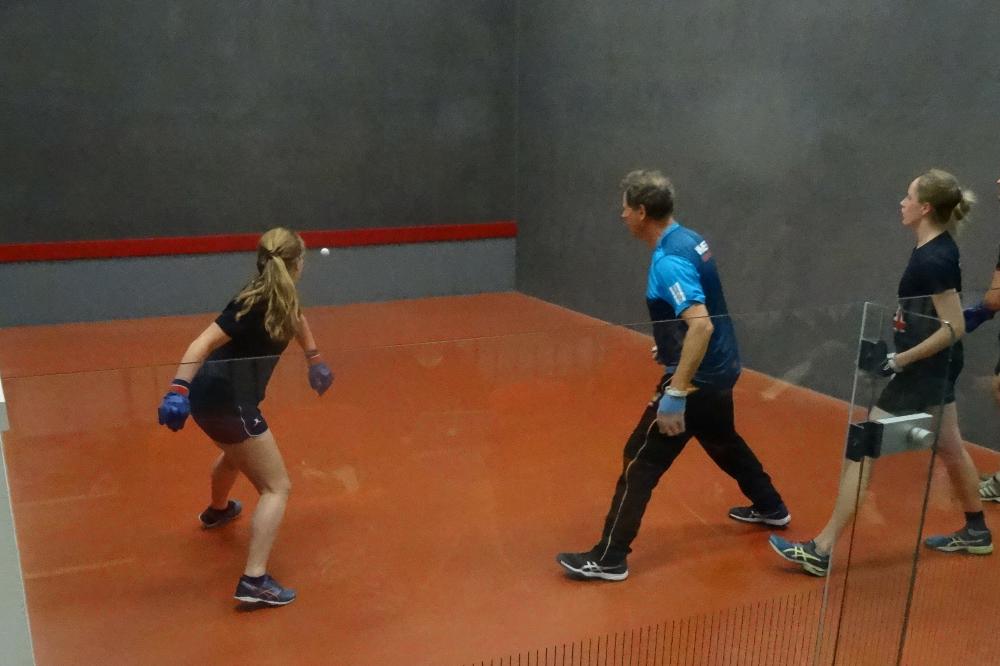 2018 Lady’s Cup action from the semi-finals 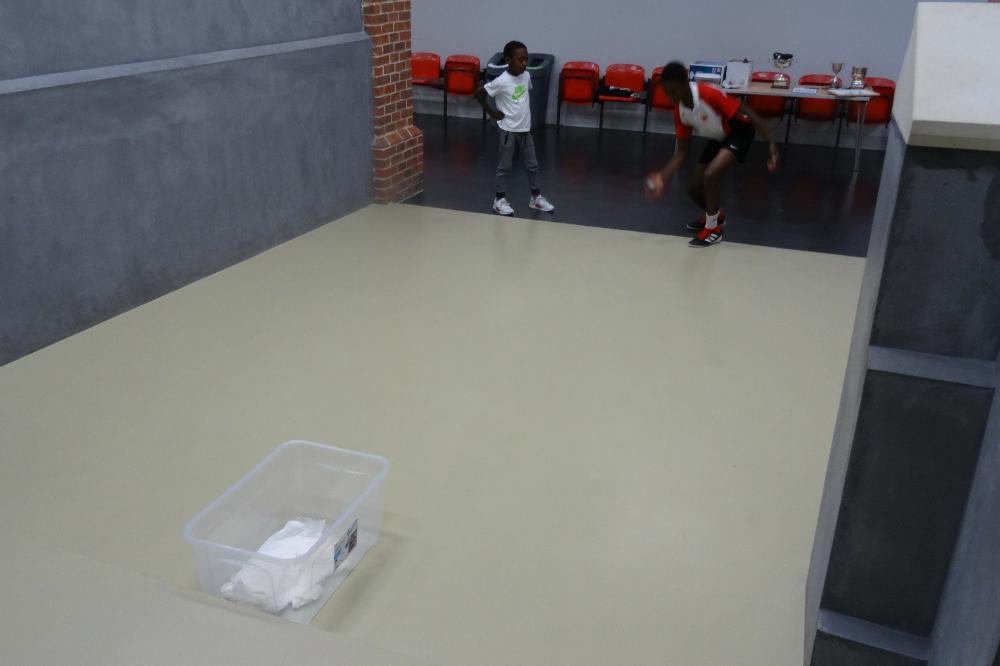