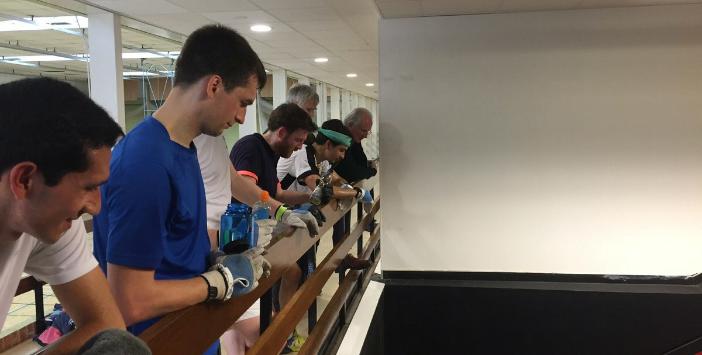 With 12 out of the 33 players contesting the final rounds of this year’s Club Knock-out being Old Paulines it felt from the outset as if the OPs would have the last say. And indeed it was so, as they progressed to an increasingly comfortable win in the final against the holders, the Wessex Club.

There were 8 teams in the first round on Saturday morning. The Old Paulines, playing a different IV in each round, were too strong for a very game Executioners IV, three of whom finished the contest crocked. The West of England Club likewise were too powerful for the young guns from Derby Moor, but that match did feature a top-quality tussle between the ever improving duo of Ollie Arnold and Rob Whitehorn, won 11-9 by the slightly stronger Bristolian. The match between Cambridge University and the RFA IV was very close indeed, with the students coming out on top by a mere 10 points, thanks to Ed Kay and Ben Beltrami contributing heavily in the Singles. Over at Alleyn’s the Wessex IV proved far too strong for an under-strength AOBs IV.

In the afternoon’s semi-finals at St. Paul’s we saw a wonderful game of Singles between Ed Kay and Will Ellison, with a victory for Ed this time. Next door Ben Beltrami and Dave Butler also had a high-class encounter, which went to Dave. There was little in it after the Singles, but Wessex pulled away in the Doubles to clinch their place in the final. In the other semi-final Charlie Brooks was subbed in for Julian Aquilina — a tribute to the threat posed by a strong West of England team who fought hard and made a real match of it.

In the final there was inevitably great expectation of the Singles match between Dan Tristao and Will Ellison, which this time went in Will’s favour. There were just 6 points in it after the Singles. Julian Aquilina came back into the OPs’ IV to replace the rusty Tom Dean and the OPs, with their pairings of Brooks & Tristao and Aquilina & Tilston, were able to build up a significant, match-winning points margin.

For once there was a Plate final, played on Saturday afternoon, in which a reconstituted RFA IV  of Jefferies & Russell and Dyke & Hale beat the Derby Moor IV in a Doubles-only contest by 73-52.

Our thanks to all the players, to Club secretaries for raising their sides, to St. Paul’s for their 5 courts (one harboured a large selection of examination furniture) and to Tom Dean for organising. Next up: the Owers Trophy! 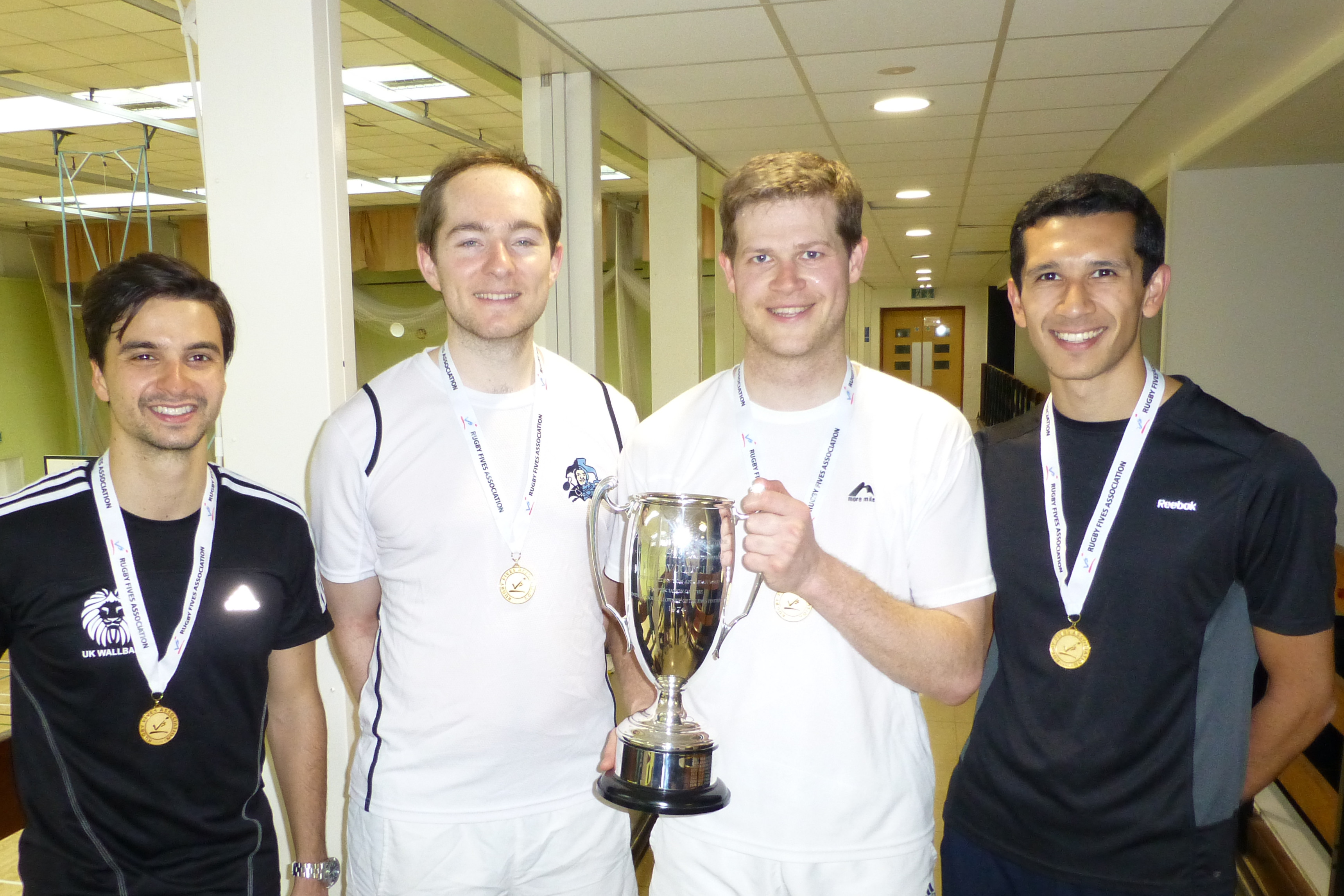 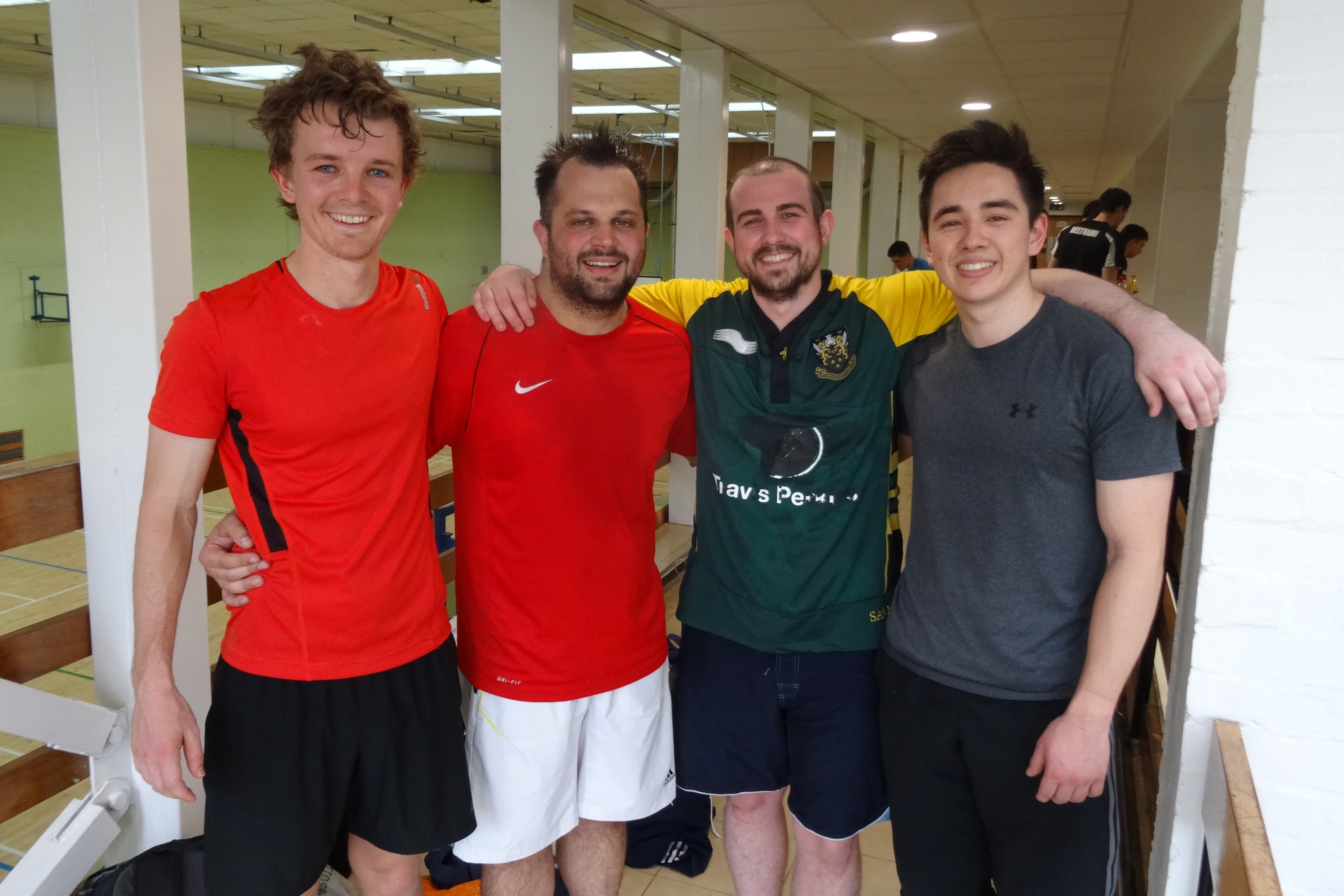 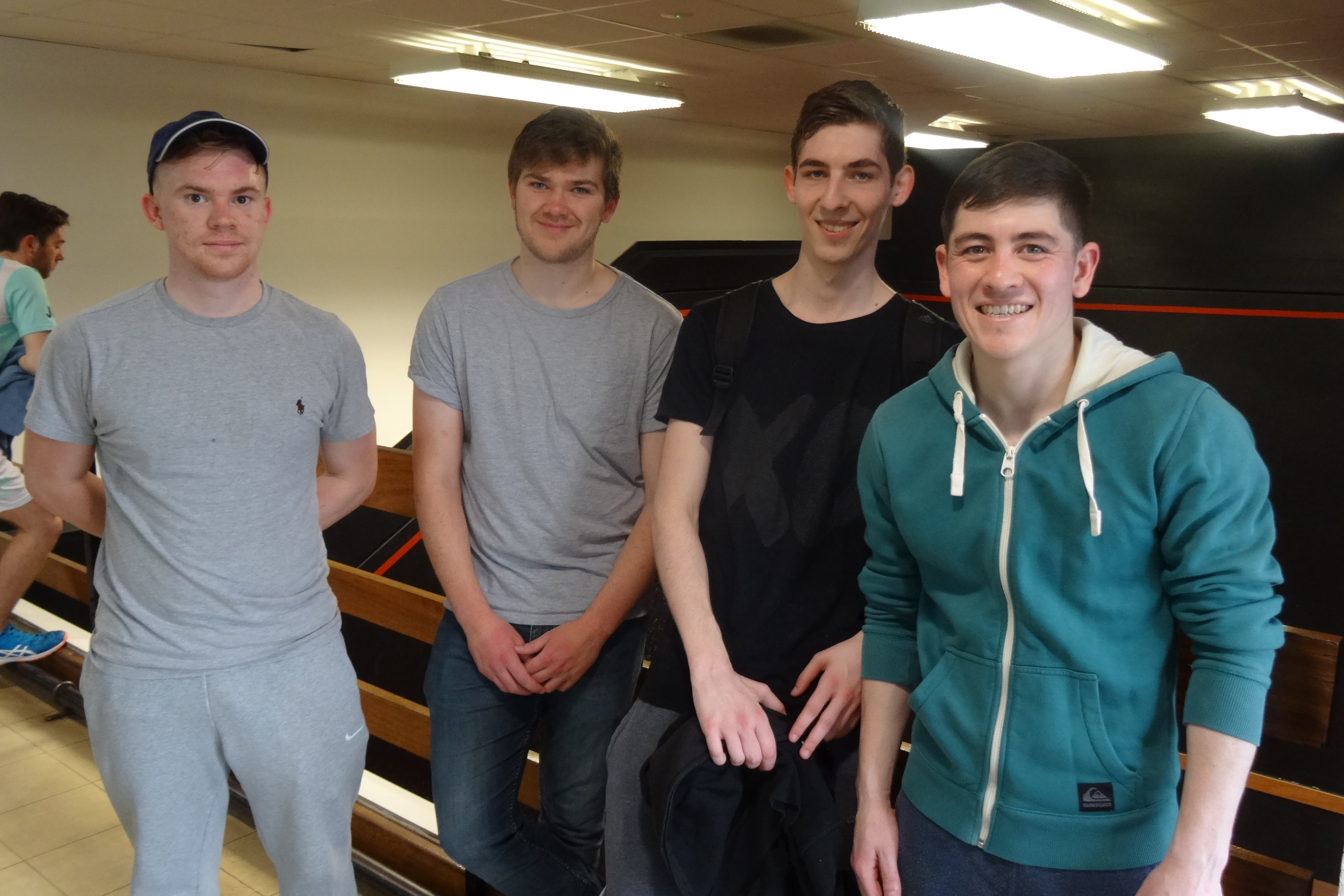 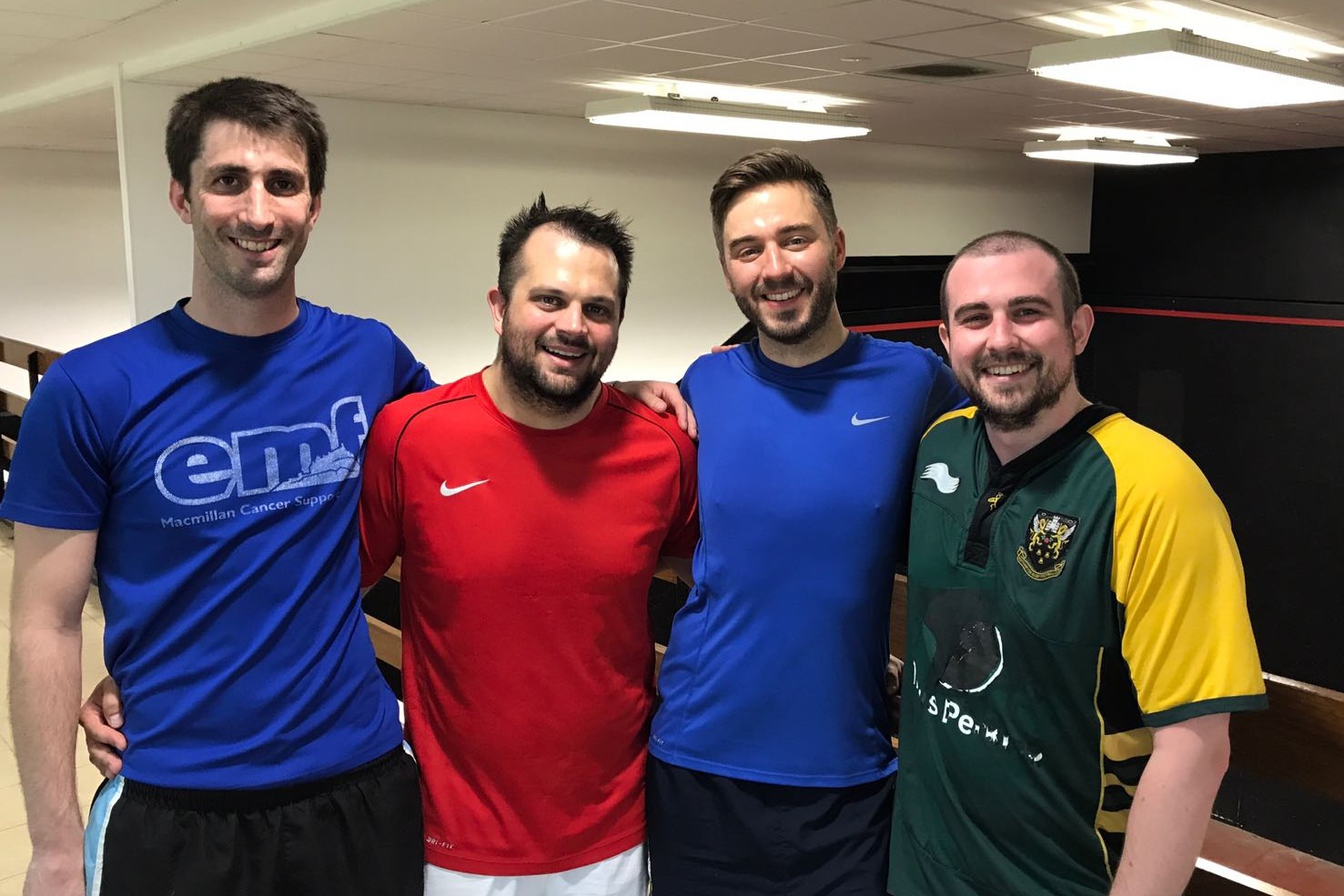 The Executioners — smiles masking the pain!