STOP PRESS
The record books will show that 2016’s champions retained their titles at the 2017 Veterans’ Championships, but that basic fact hides the struggle they faced to do so. Indeed, some results in the earlier rounds had seasoned observers of the game muttering about a ‘changing of the guard’.

That much was obvious from the off, when Saturday’s singles tournament saw the debut appearance in this event of Jim Hughes and Alex Rew, both of whom put in strong performances: Alex only lost his quarter-final match with Tom Kiggell 16-14 in the third game, while Alex lost at the same stage to eventual runner-up John Minta.

In the end, though, it was last year’s first-time winner Matt Cavanagh who emerged as champion, beating John Minta in the final for the second year running.

Come the doubles, too, Jim and Alex put in a strong performance, going on to reach the final after a fine semi-final win over five-time winners Hamish Buchanan & Bruce Hanton.

In the final, they faced last year’s winners John Minta & Andy Pringle, but the champions simply flew out of the blocks in the first game. John, in particular, hit a rich vein of form, covering the court faster than a man his age has any right to, and hitting a series of winners from all angles with such ferocity that Alex and Jim simply didn’t know what had hit them.

After the one-way traffic of that first game (a 15-1 win for John and Andy), though, Jim and Alex settled down in the second and held the champions for the first half of the second game, keeping them at bay as far as 7-7, with lots of exciting and hard-fought rallies.

However, from then on John and Andy began to exert their authority, cutting out the mistakes they were making and starting to find their length again. Faced with a barrage of such a wide variety of angles, length and power, Jim and Alex weren’t able to find an answer and, after a 15-8 win in the second game, John and Andy again claimed the title. 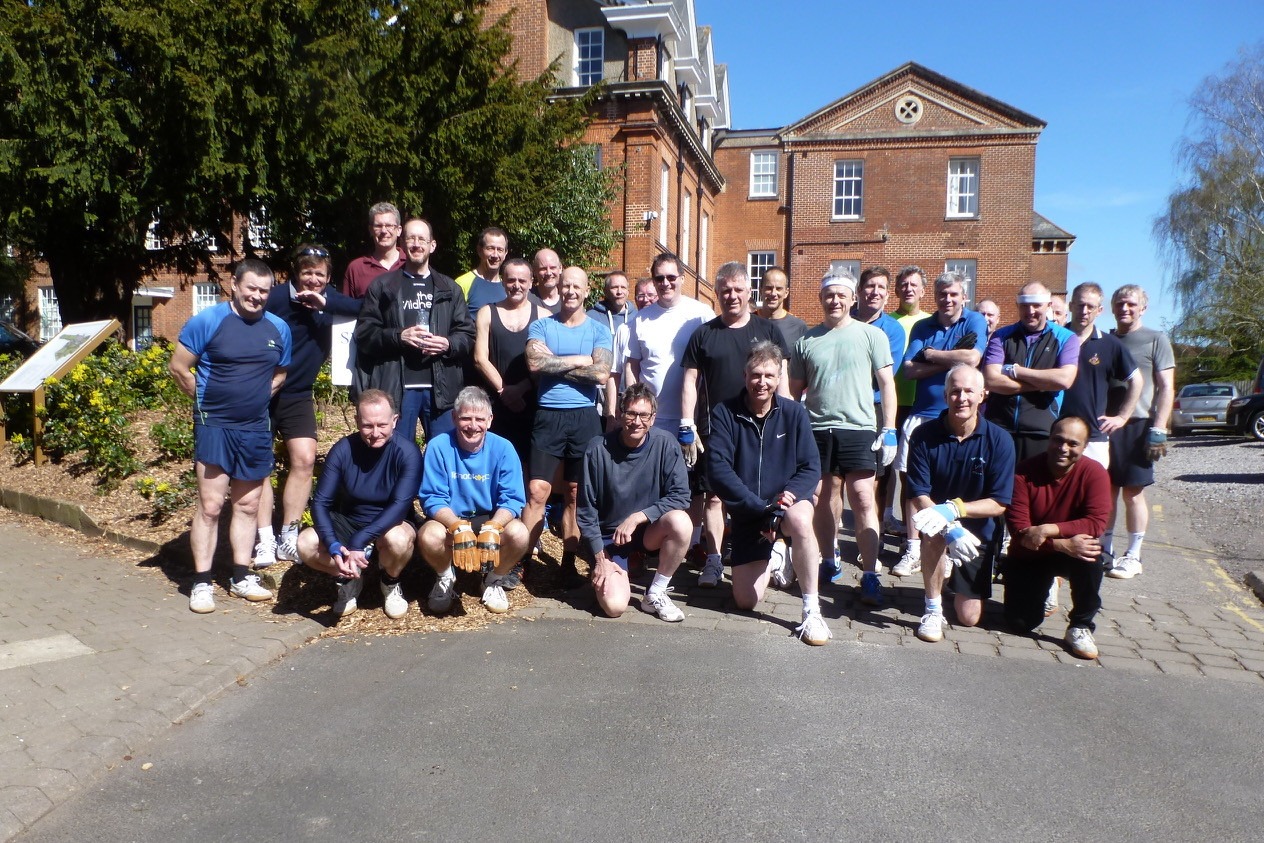 Vets and Masters together