STOP PRESS
There was a slight air of Deja Vu in the final of the Club Championship this year. Not only did the match feature the same two teams, no less than seven of the eight players were the same as in 2015; and, perhaps most importantly, the rest was the same: the Wessex Club scored a fine win over the Old Paulines.

However, it was a closer match this year, with the eventual winning margin for the Wessex Boys (Will Ellison, David Butler, Harry Akerman and Giles Munn) being only 20 points. Mind you, the Wessex Club always had their noses in front after taking three of the four singles matches and going into the doubles with a 12-point lead. Here, things were much tighter – indeed, the eight doubles games were shared – but a dominant performance by the Wessex top pair (Ellison and Munn only conceded nine points in their four games) helped to Wessex to slightly extend their advantage and clinch a second title.
(Full report and results to come) 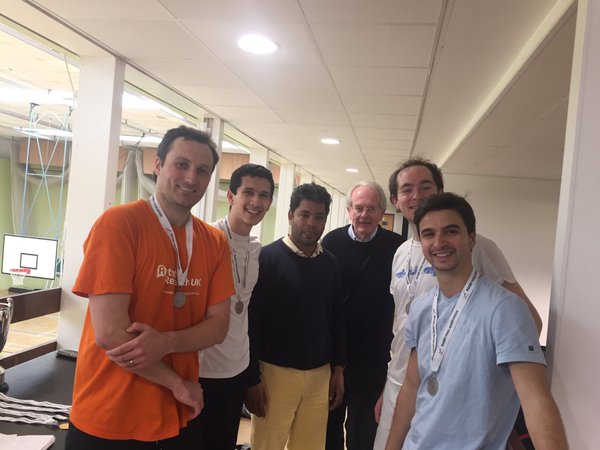