STOP PRESS  Yes, Will Ellison is back — with a vengeance — doing the double in this year’s London Open. On Sunday morning Will defeated National Nr. 1, Ed Kay, in the Singles final, having eliminated the reigning National Singles champion Dan Tristao in the previous day’s semi-final — both times in straight games. This is Will’s first open singles title since the South West Open 2018. This weekend’s win was his 4th London Singles title, bringing him equal with Dan on 30 open singles titles apiece.

In the Doubles Will and Dan were reunited after a two year break to win for the 5th time, having previously clinched the title in 2013-2016. It was Will’s 8th doubles title at the London Open, having also won with Matt Shaw in 2017 and twice with Hal Mohammed, in 2010 and 2011.

Organiser Will Ellison reports: Whitgift hosted the 25th London Open, in which organiser Will Ellison claimed a record fourth win in the Singles, before teaming up with Dan Tristao to take the Doubles title for a fifth time as a pair. This was Will’s eighth doubles win overall, having won in 2017 with Matt Shaw and in 2010 and 2011 with Hal Mohammed.

The tournament commenced on Saturday morning, broadly as planned, although unfortunately three-time singles champion James Toop had to withdraw at the last moment due to a family illness. Of particular note in the first two rounds was Matt Shaw’s match against Tom Watkinson, with Tom taking it 11-7 in the third game – backing up his recent strong run in Scotland and the South East with another good win here. Theo Parker managed to upset the seedings to overcome Andrew Boyd 11-6 in the third game – another fine match.

The quarter-finals all went with the seedings – the closest match was between 5th seed Ben Beltrami and 4th seed David Butler, in which David edged  the first game 12-11, before winning the second more comfortably 11-6.

Ed Kay then took on David Butler in the semi-final and continued his winning streak since the North of England Open in February, to book his place in the final. In the other semi-final, Will Ellison and Dan Tristao faced each other for the fifth time in this event, and despite not beating Dan since the 2016 West of England final, Will came through in two games. The first was a relatively comfortable 11-4, with Will playing very solidly and making fewer errors than his opponent. The second was a closer affair, with Dan taking a 5-0 lead, before Will clawed this back to 7-5 in one hand. It was nip and tuck for the rest of the game, but Will managed to edge it 12-10.

The final followed the next day, which Will won 11-6, 11-5 – his persistent retrieval and low-error game proving effective on this day.

Anyone not making it through to the quarter-finals was permitted to enter the singles Plate, leading to a large draw of 16, including 3 of the top 15 in the National Singles rankings. After play in four pools of four players each, it was Rob Whitehorn, Oli Arnold, Andrew Boyd and Ben Kirwan who progressed to the semi-finals. Oli beat Rob 15-6 and Andrew beat Ben 15-11, before facing off in the final, which Andrew won 11-8, 11-2 to claim the prize.

The doubles tournament took place on Sunday, and again the early rounds went with the seedings. It was encouraging to see Andy Lawson and Freddie Heathcote participating in their first open tournament, and indeed they won their opening match against long-distance travellers Richard Christie and Keith Kennerley. Elsewhere Alleyn’s regulars Ed Carr and Tim Hebblethwaite saw off Derby Moor’s Lewis Keates and Rob Whitehorn in two games.

In the semi-finals, Arnold and Parker had a close three-game semi-final against Butler and Kay, ultimately prevailing 11-4 in the third. Ellison and Tristao took on Beltrami and Shaw in the other semi-final. It was memorable for a run of seven straight winners from Dan, which helped Will and Dan to come through by 6 and 3.

The final proved a close match – and repeat of the 2016 semi-final. In a similar manner to their previous encounter, the match went to three games, with Dan and Will again prevailing. The first game was taken by the older pair 11-8, but then some fine hitting from Ollie and Theo saw them take the second to 5. Will and Dan started well in the third, and two error serves from Ollie and Theo helped their opponents take a 7-2 lead and give them an unassailable cushion, which they maintained to take the game 11-5.

The doubles Plate was another great contest, with 5th seeds from the original tournament Julian Aquilina and James Tilston living up to their billing as top seeds in the plate by winning. They came through in the final against Keates and Whitehorn, although the young Derby Moor pair played well, losing narrowly 11-8.

Many thanks to those who had travelled from all over the UK to come and play, in particular, but not limited to, Richard Christie, Rob Whitehorn and Lewis Keates from Derby Moor, and Keith Kennerley from Devon. Your support of this tournament is greatly appreciated.

It was also great to see so many current or recent university students playing – players such as (but not limited to) Joe Sumner, Ben Kirwan, Alex McGee, Cameron Low, Charlie Mabbutt, Louise Mathias – the demographics are encouraging, with the organiser shocked to find he was the oldest player in the singles draw once James had withdrawn! Thanks also to Gwydion Wiseman for playing in the singles – great experience for the current West of England Schools’ champion.

With thanks to Whitgift for hosting us this year, we look ahead to next year and what will likely be the 26th tournament returning to St Paul’s School! 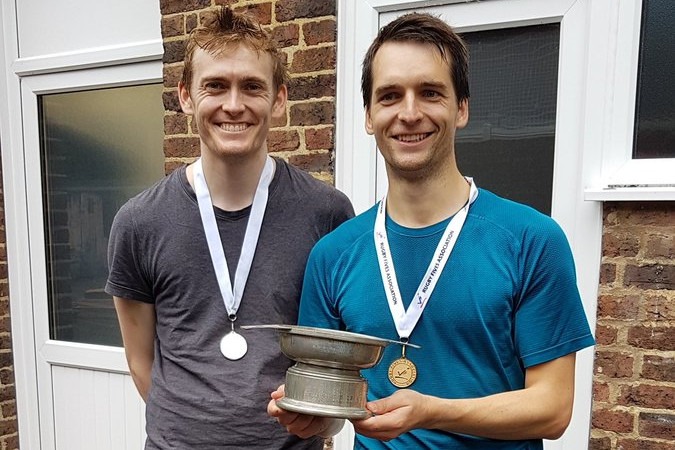 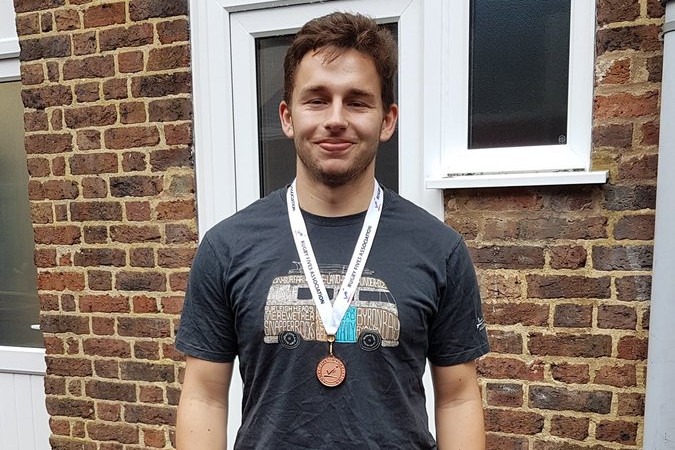 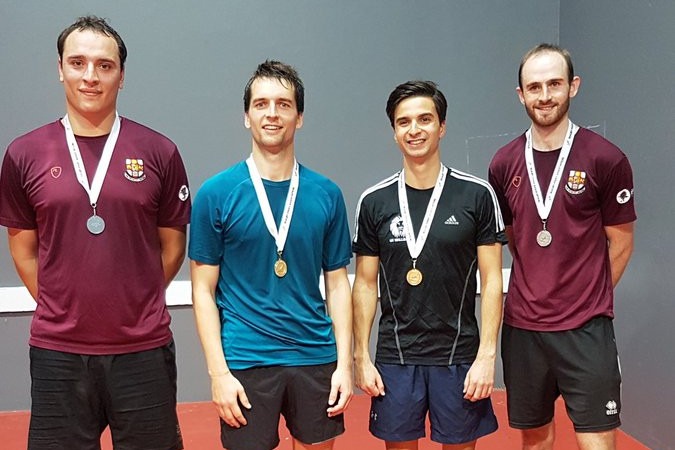 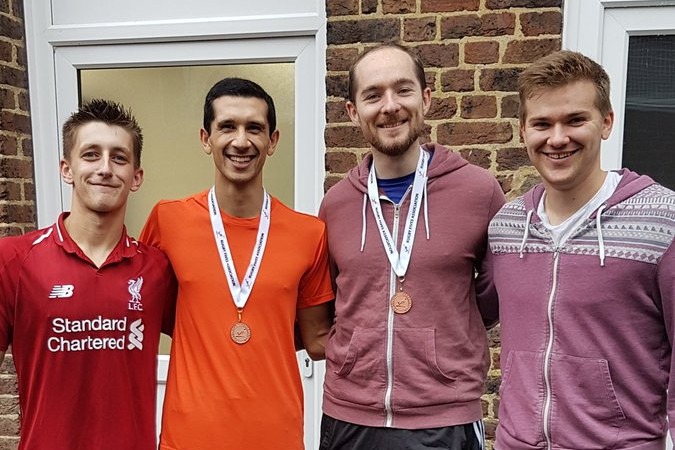