The spoils in this year’s intercode contest went to the VIII representing the Winchester Fives Association. Harry Akerman, unavailable to play but supportive of his side as ever, reports below.

Despite Dan Tristao and Will Ellison missing this fixture for the first time we had an excellent match on Sunday at Winchester College. The RFA have got the better of the Winchester Fives Association the last couple of years but this time the WFA edged out the opposition in a very evenly matched game. No pair won all its games and all pairs won some. There were four old Bradfieldians on show for the WFA, with James Birch the dark horse, hitting the ball as cleanly as ever.  Old pairings of James Marshall & Ed Ronan plus Kieran Mackinson & Tom Kidner (last year’s Schools champions) were reunited, so the WFA were able to use their home advantage well. The overall score in this excellent tight series now stands at 4-4, with the total of points won by the RFA 1,963 against 1,943 won by the WFA ….. 20 points over eight years! The hard work of all was once again rewarded by lunch in the sunshine at The Queen.

Results of the previous years: 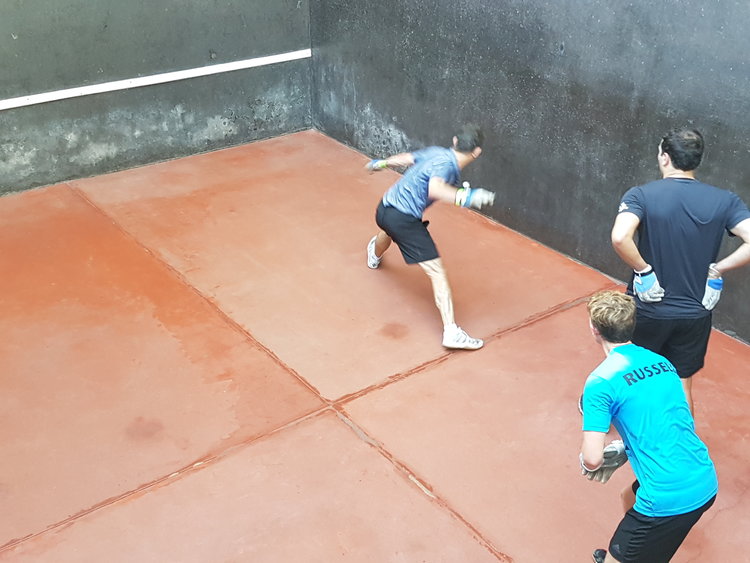 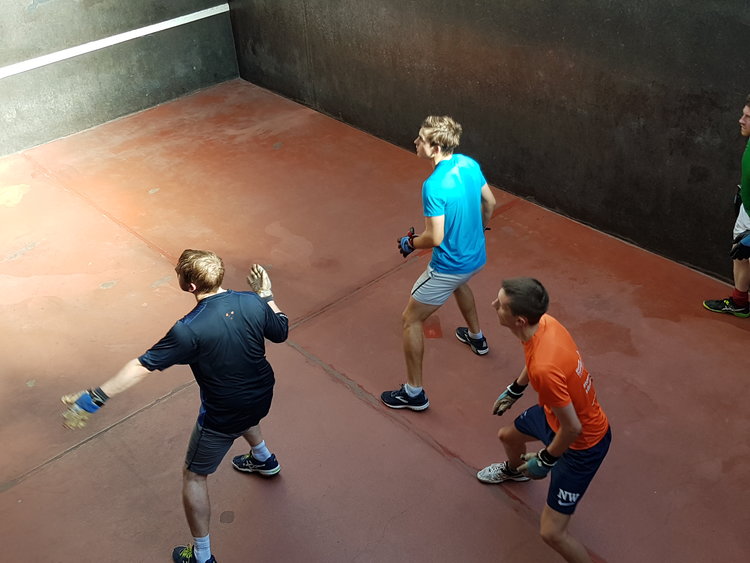 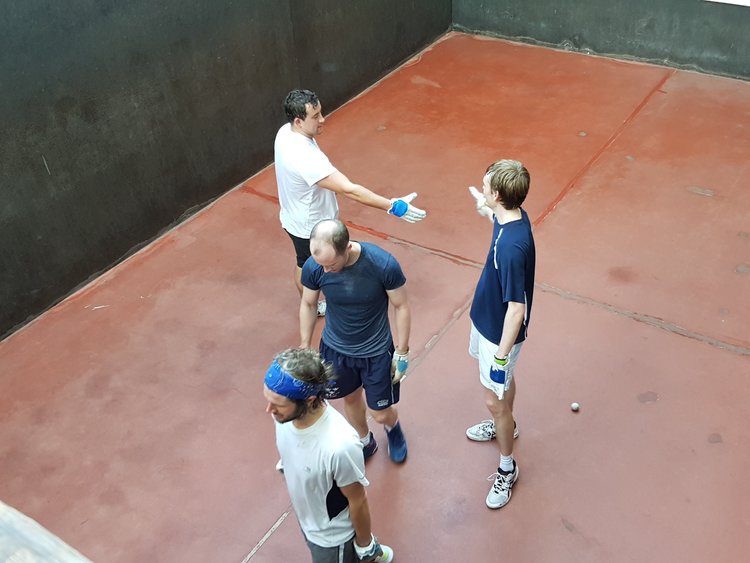 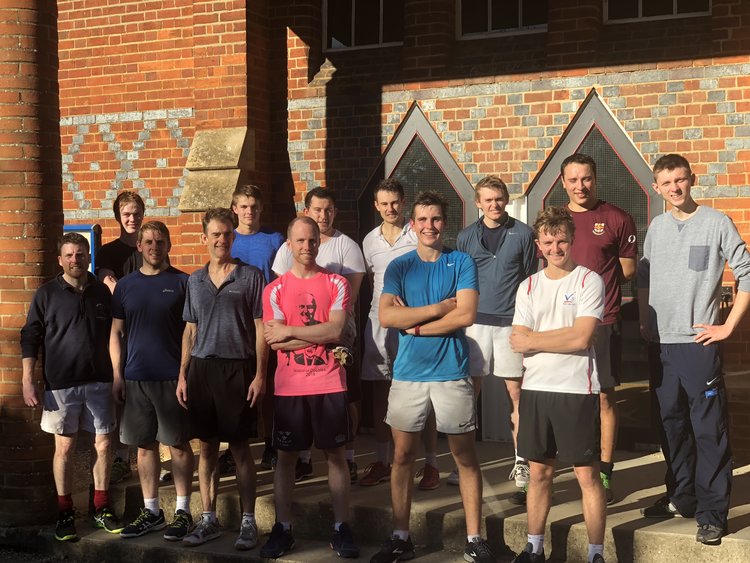 A cast of many