A slightly smaller competition of 19 players this year still provided a day full of intense competition. Thanks must go to Trevor White, who continues to bring a large contingent of ladies from Rugby school, continuing their progress, which is evident to see each year they attend.

The morning began with Doubles played in a knock-out format in two pools. Sadly, due to time restraints, a doubles plate was not an option. In the main competition, defending champions Briedenhann & Mills beat schoolgirls Freya Harrison & Harriet Fagan in one semi-final while second-seeded Raynor & Steel came through comfortably against Katie Sumner & Louise Mathias.

The 2017 Doubles final was perhaps the closest ladies’ final yet. Raynor & Steel fought valiantly against the defending champions, making the first game extremely tense and extremely entertaining to watch, with Raynor & Steel winning the first game 15-13. However, Briedenhann & Mills’ experience as a pair began to show through, as they took the second and third games 15-1 and 11-4. Many congratulations to them on their fifth consecutive title.

The Singles competition was conducted in a simple knock-out format; and. due to a lack of time, the plate competition will be conducted at Rugby school, which is where the majority of the participants originated from. We await the results of that with bated breath.

In the main competition, Maddy Raynor reached the final via victories over Freya Harrison, Louise Mathias and three-time champion Kathleen Briedenhann, while Tessa beat Arte Denton, Katie Sumner and Alexandra Steel. Both ladies, Raynor and Mills, were exhausted by time the final came around and both fought valiantly, but Tessa was the victor winning her first Singles National Title. Many congratulations to both, and especially to Tessa, who repeated at senior level the double she won at Under 23 level last November. 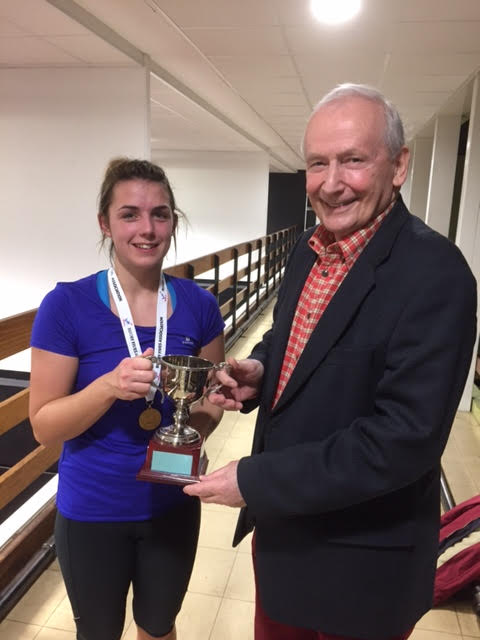 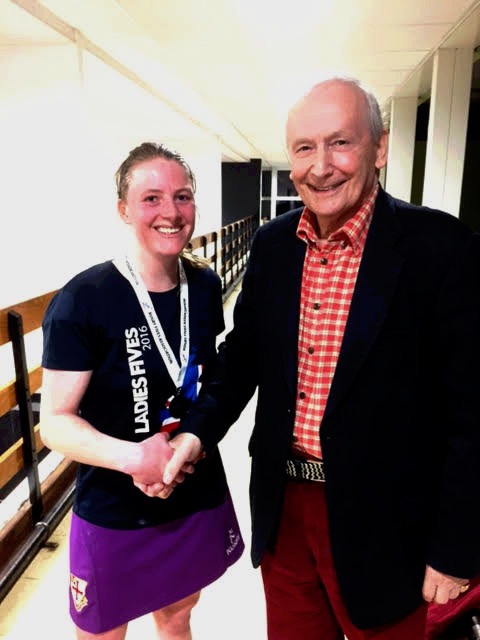 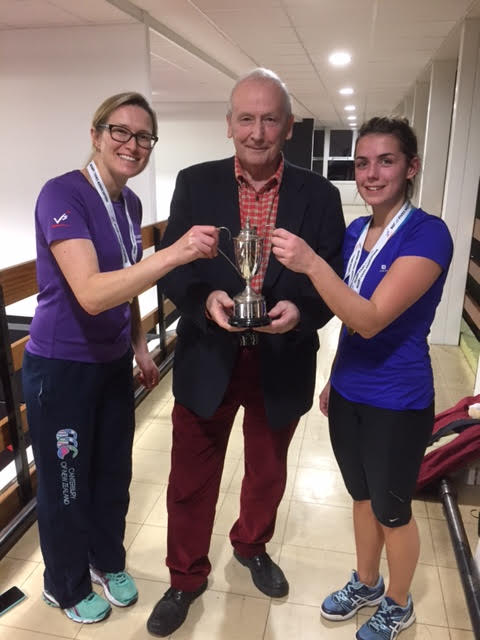 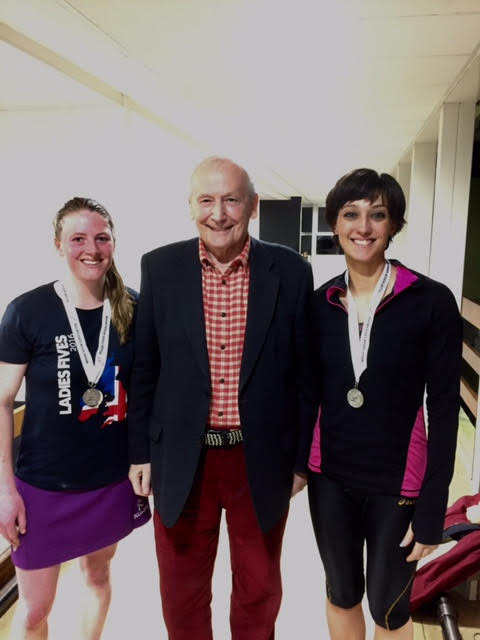