David Barnes reports: A small but high-quality entry made the day’s fives a pleasure to watch. A round-robin system ensured that each pair played five games to 15 points, and it was hard to spot the likely finalists, since five of the pairs were of more or less equal standard.

Winchester’s first pair, a year young but improving fast, survived stern challenges from Marlborough, Merchant Taylors’ and both St Paul’s pairs, qualifying for the final with high hopes of continuing the home side’s run of success in this tournament.

It was unclear until the last game of the round-robin who would meet them there. In the end the Merchant Taylors’ pair, playing ever more confidently, beat St Paul’s I by 15-11 to qualify for the final. Both St Paul’s pairs were close behind on points scored, and they played each other in the plate final, won narrowly by the second pair.

The main final, played over the best of three games to eleven, was a good one. The decisive factor was the control and accuracy shown by Townshend and Graham of Merchant Taylors’, who won in straight games, 11-6, 11-7. A left and right partnership, they both attacked and retrieved to greater effect than their Wykehamist opponents, Percival and Fraser, who fought hard but made more mistakes. Townshend dominated the left court and capped his performance by playing a series of unreturnable shots down the left-hand wall.

The Merchant Taylors’ win was their first in this competition, made more remarkable by the fact that their school is temporarily without courts. Theirs was a performance of both ability and character.

Pool (order based on points scored) 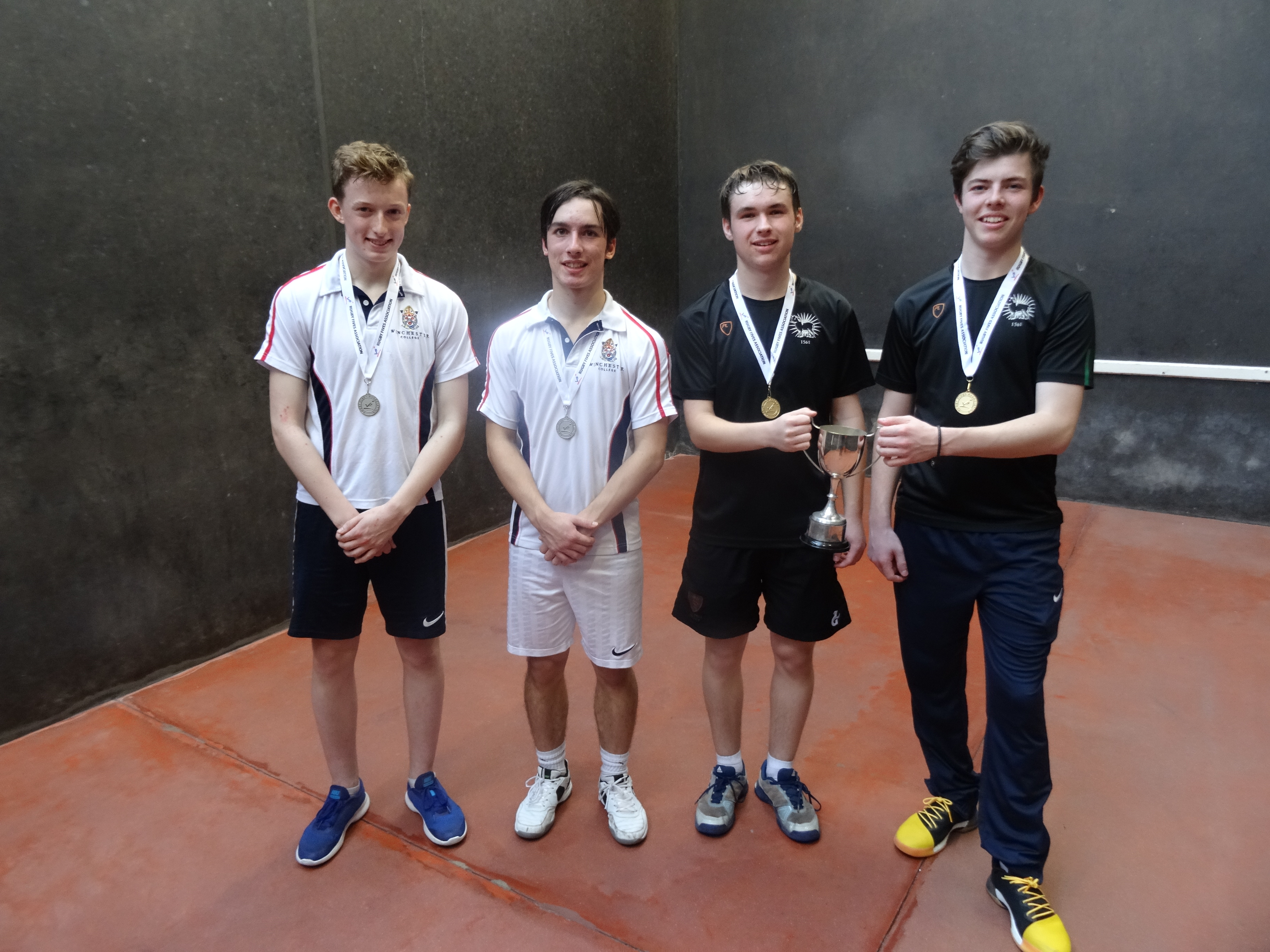 The finalists with the spoils 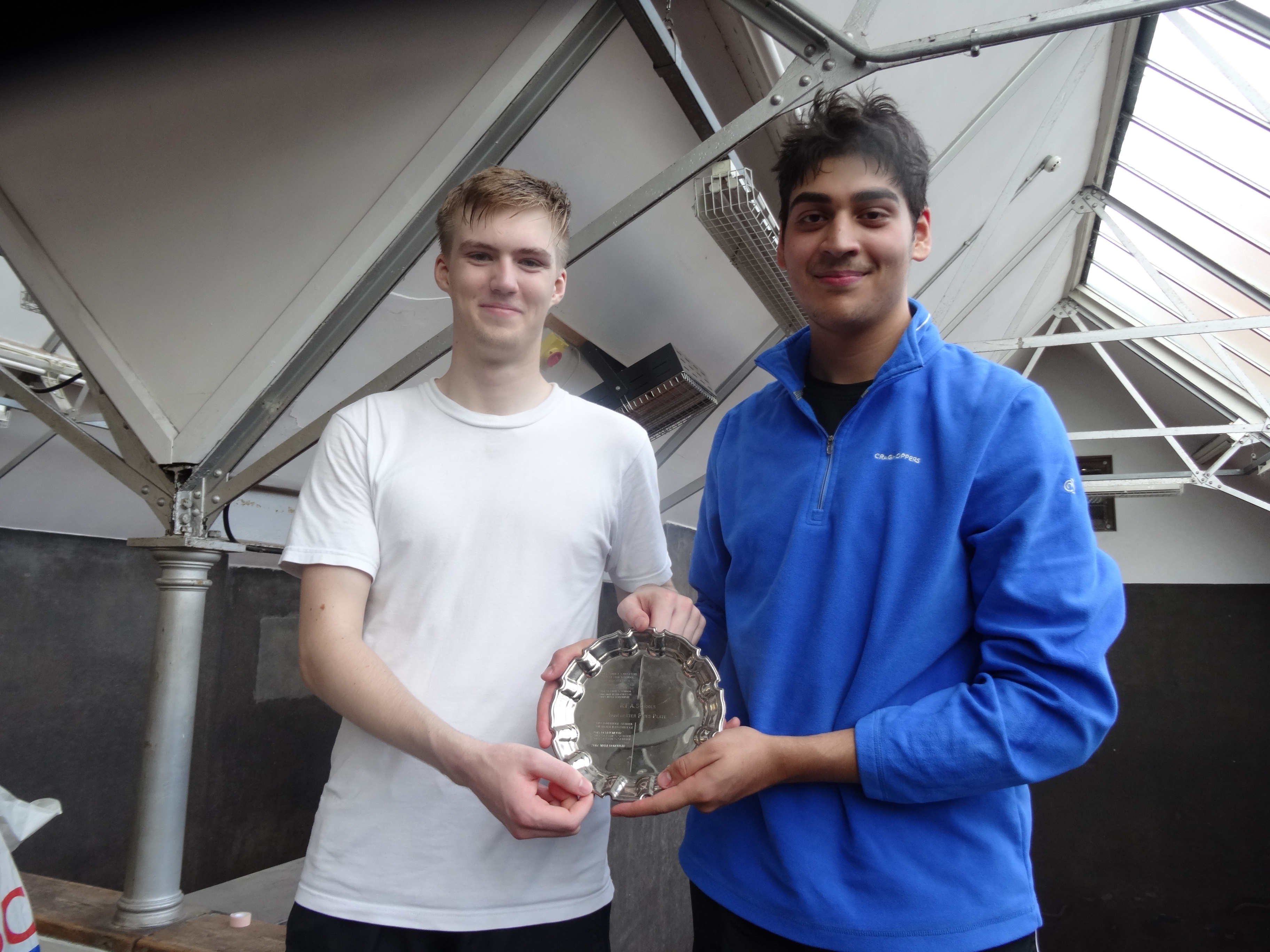 The Plate winners with plate