Question One: Who wrote this Report?

There’s been huge speculation over the past decade about what happened to tournament organiser Daniel Grant.   Last seen organising the National Under 25s in 2011, he had successfully turned what was previously seen as a well run, pleasant and inoffensive competition into a debauched affair, full of epic encounters of games to 1, reduced food produce, entry music and a focus on flair. In his last event he famously managed to “do the double” and then….nothing. Dan dropped off the tournament organiser map and tournaments became safe once again. What happened to Dan?

Some say he quit fives altogether, but this is not true, as we have video evidence of him and his partner Tristao looking like they’re winning the National Doubles in 2017. It’s very difficult to fathom how they could have lost after viewing such a spectacular compilation of talent, so we presume they won.  Others say he defected to another sport where slapping balls against walls is high on the agenda, only this time, spectators actually care.  A minority, however, know the truth. Dan left tournament organisation to study medicine and train in infectious disease at the world renowned London School of Hygiene and Tropical Medicine. For Dan knew that the biggest threat facing humanity in the 21st century wasn’t war; wasn’t famine; wasn’t peri-peri vusa sauce, but was a respiratory pandemic. He trained night and day to learn how to stop an infection in its tracks through contact tracing, early PCR testing and immediate personal protective deployment.

In December 2019 the Covid-19 virus took seed in Wuhan, China. Dan had put aside the best years of his life to deal with this and had been on call 24/7 for several years for just such an event. However, disaster struck. For unknown reasons, Dan had decided to go through some RFA archives -– perhaps he was nostalgic over the Christmas period. Either way he endured a disastrous cocktail of watching a Fuller vs Toop match, followed by reliving Alex Smith’s Wood Cup speech from the 2011 RFA dinner and finally an attempted download of John Beswick’s RTF singles draw on an android phone. He was in a coma for a month.

When he awoke and realised the world was in lockdown and that he couldn’t help anymore, he organised a Pub Quiz instead!

And so, on the 30th April 2020, approximately 90 fives players from all across the country, of all ages, all genders, all races and also Guy Matthews, who doesn’t fit neatly into any of these boxes, came together to take part in the Pub Quiz of Pub Quizzes, virtually and in isolation.

With production values not seen since Avengers: Endgame, 19 teams gathered round their various screen devices to eagerly take part in the competition whilst simultaneously destroying their sleep hygiene. Young bloods such as the Accies, Fives Pod, Scratch Pairing and All You Need Is Glove set their battle lines against old stalwarts like The Alleyn’s Originals, Wessex Team and Team Gaz (featuring Hal Mohammed, who was probably late). Alcohol was high on many a team’s agenda and it was either this, or poor internet connections, which undid the likes of Mathieu, Ahuja and Beswick early on. But for everyone else, the board was set and the pieces were moving.

After a jolly good clap for our NHS heroes everyone settled down with bated breath (a tactic which normal circumstances results in a plate win). The first round was Fives General Knowledge and it’s fair to say there isn’t very much of that around anymore. Mercifully no-one knew what “Dapping” was, but enough teams knew how much Richie Murby likes using his weaker hand to make things interesting. Notable zero points were scored on Manchester curry knowledge (where’s Alex Rew when you need him?), but kudos to the team who wanted to eat a Chicken Enstone.

We must also take a moment here to thank the venerable David Barnes, who had contributed a few of the more cerebral questions. Of course, he had called this pub quiz organiser a “f*****g disgrace” at one time, though many thought that he had been talking about Butler, and who can blame them?

Round 2 is where things got interesting. The Picture Round. Predominantly faces were blurred out and could our intrepid teams work out who was who? Early foul-ups included Hamish Buchanan’s team thinking that Alexandra Steel was Dave Butler and the guys from Derby recalling that Tim Hebblethwaite had starred in Harry Potter. Disappointment all round was had when no team successfully identified Grant Mitchell, though it was amusing to see how many people thought a pussy with some Maltesers was Julian Aquilina. Crucially, we must put out an appeal to Clinique’s anti-ageing cream department to gift some samples to Bob Dolby, whom an alarming number of teams had confused with the very old and very dead Dr Edgar Cyriax. 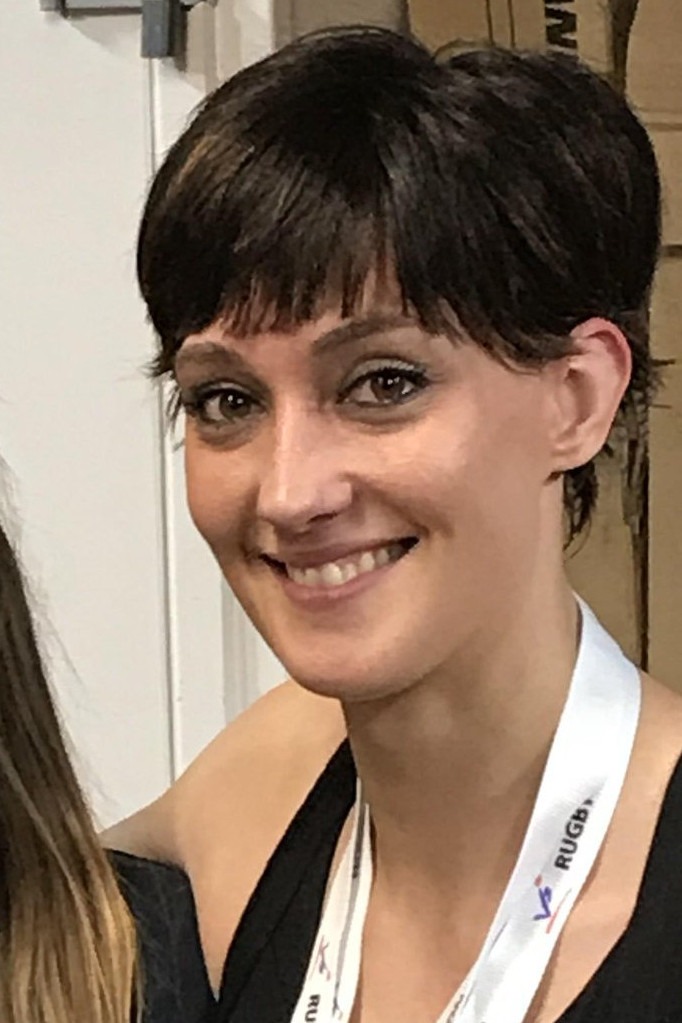 Round 3 was a Music Round and less said about that the better. Everyone was rubbish.

But it was Round 4 where the sharper teams began to consolidate their leads. The Video Round saw everyone play close attention to a BAFTA-winning edited montage of exceptional fives clips. After a nerve-wracking intro the teams were met with what is still, to this day, the best fives video of all time. Thomo’s Tekkers.  In a classy and scarily realistic video, Luke Thomson – a true star of the game, sadly retired far too early at the age of 19 after losing a BUCS match in tragic yet hilarious circumstances – is seen savagely destroying Ed Hatton with exceptional shottage. Hatton is seen trying to return Luke’s shots and neither his lunges nor his fashion help him out. What happened to Luke Thomson? That, ladies and gentlemen, is a story for another day…

Following this we’re greeted with the dulcet tones of Dick Warner’s laugh as he takes great pleasure in Dan Tristao being hit full pelt with a ball. It was Dan’s fault though, so don’t feel sorry for him. Tim Lewis and Stu Watson are seen being Tim Lewis and Stu Watson, and then we close out on a beautiful still of our wonderful website.

Of course, you want to see the video, don’t you? Well, your wish is our command. On this occasion, anyway…

Teams fared well in this round and so we went into the final, where double points were up for grabs. The title was anyone’s. Except Team Wessex, who had been undone by having too many people in their group chat.

Tension was mounting and we all knew stress levels were high, evidenced by Will Ellison’s disastrous data entry error for which he is still self-flagellating. Errors that would cost his team dearly. A momentary lift of spirits came with the award of best John Minta impression to Richie Murby, who dedicated himself well with permanent marker pen. 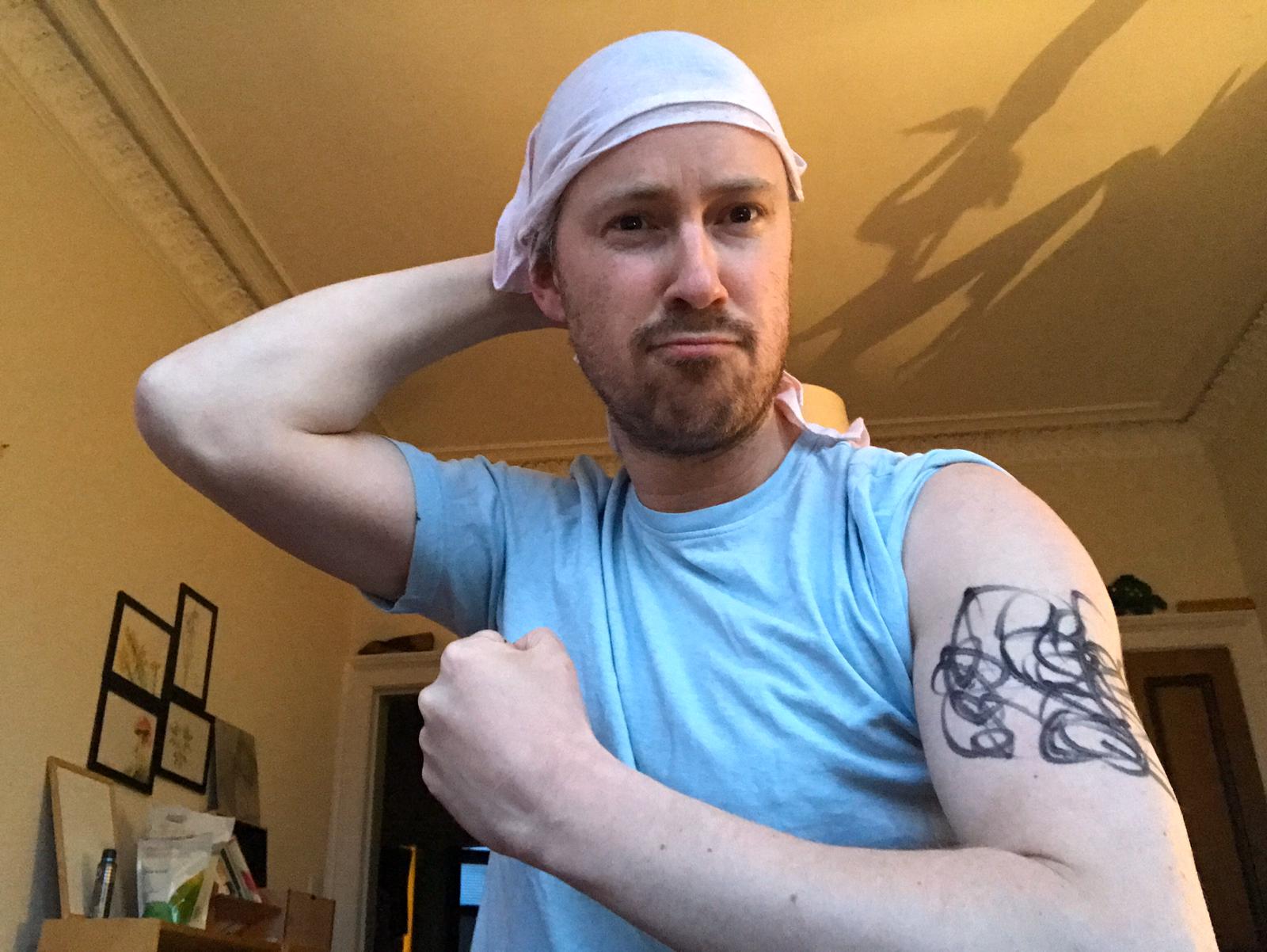 And so it was that we entered the final round. As is tradition in the Rugby Fives pub quiz, we focus on a LEGEND OF THE GAME. Remember, you don’t need to be a member of the Association to be a legend, you just need to have made an unassailable impact on the game. This criterion immediately rules out almost all of you.

This month our Legend was none other than the Mancunian Marathon Madman himself, John Minta. Questions were set, although it was not an easy task as John couldn’t remember much about his own career. However, an intrepid quizmaster set the deathly hard questions, whether the answers were right or not. This round pushed people to the limit and it was tragic that Team RTF were no longer playing, as surely they would have cleaned up here. Oh well! Turns out no-one really knows John, not even John himself. 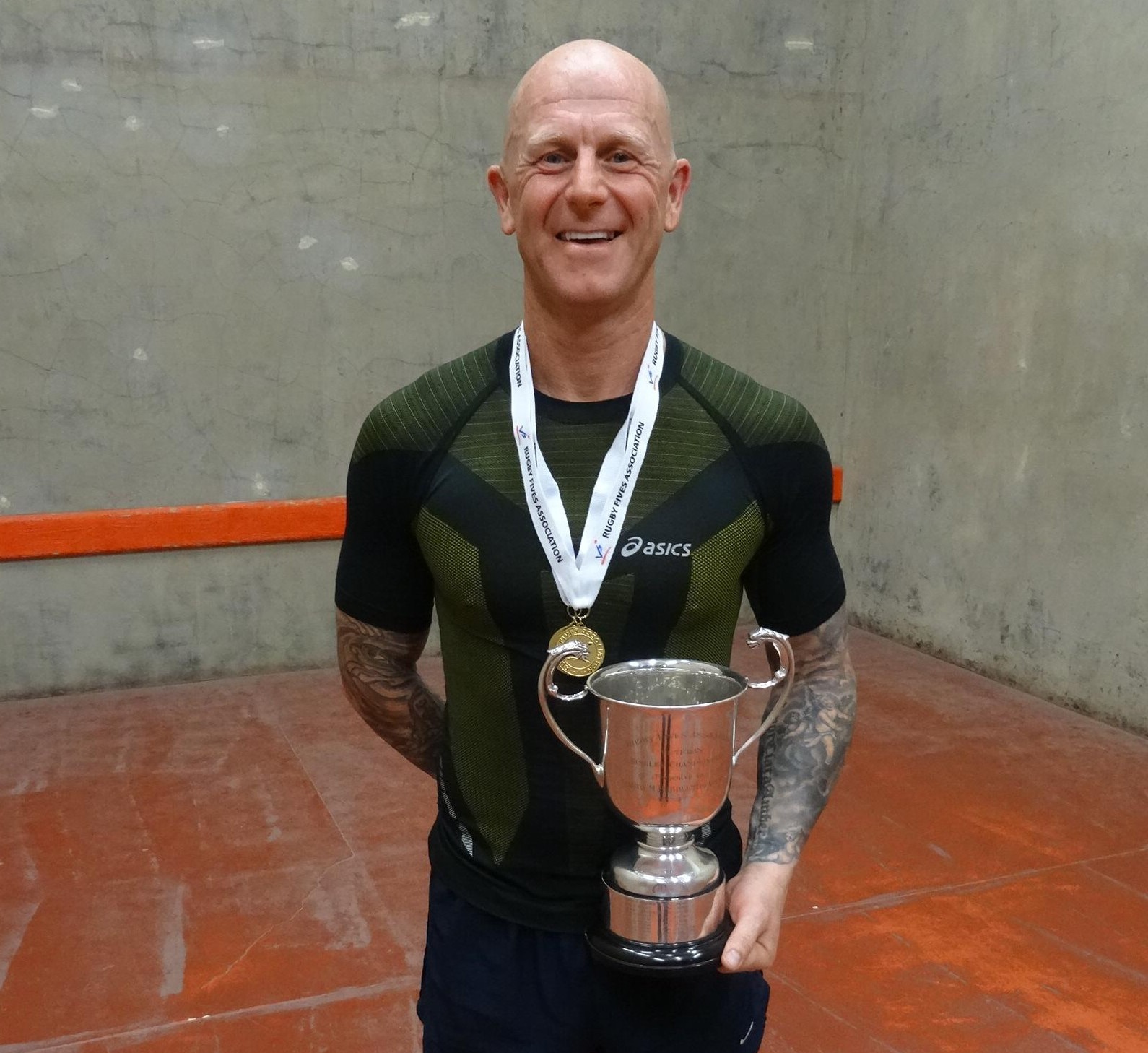 And that was it. Smooth background music played as everyone waited on tenterhooks for the points to be tallied. It’s rumoured that an anxious Dave Butler even washed his hands. And then the announcement came.

Marlborough Town Fives Club successfully came last with 28 points out of a possible 101. There was then a steady gradient of ability up to the top three. In joint second place, with 62 points, were the Scratch Pairing of Aquilina & Tilston proving they can do in a quiz what they can’t do on a court. They were joined by Team Gaz, featuring Price, Tristao, Ellison, Griff and Hal Mohammed, who had finally arrived. But the winners, with a phenomenal and record-breaking 65 points, were the team who’d been practising all week on their podcast. Practising -– that’s what helps you win. I’ll take note of that. Anyway, team The Fives Pod scored a whopping 65 points.

So, congratulations to Theo, Sam, Dave, Alex and Matt who walk away with this month’s incredible prize of emptied birthday champagne bottles.

Thanks to everyone who took part in the quiz. It’s tough in lockdown and it’s really pleasing to see so many awesome friends coming together across the country to take part in a night of stupid entertainment. The giant zoom call, after all was said and done, was more fun than going out for a chicken dhansak in Manchester. So thank you everyone for taking part and if this lockdown goes on, we’ll probably do another quiz in a month or so. 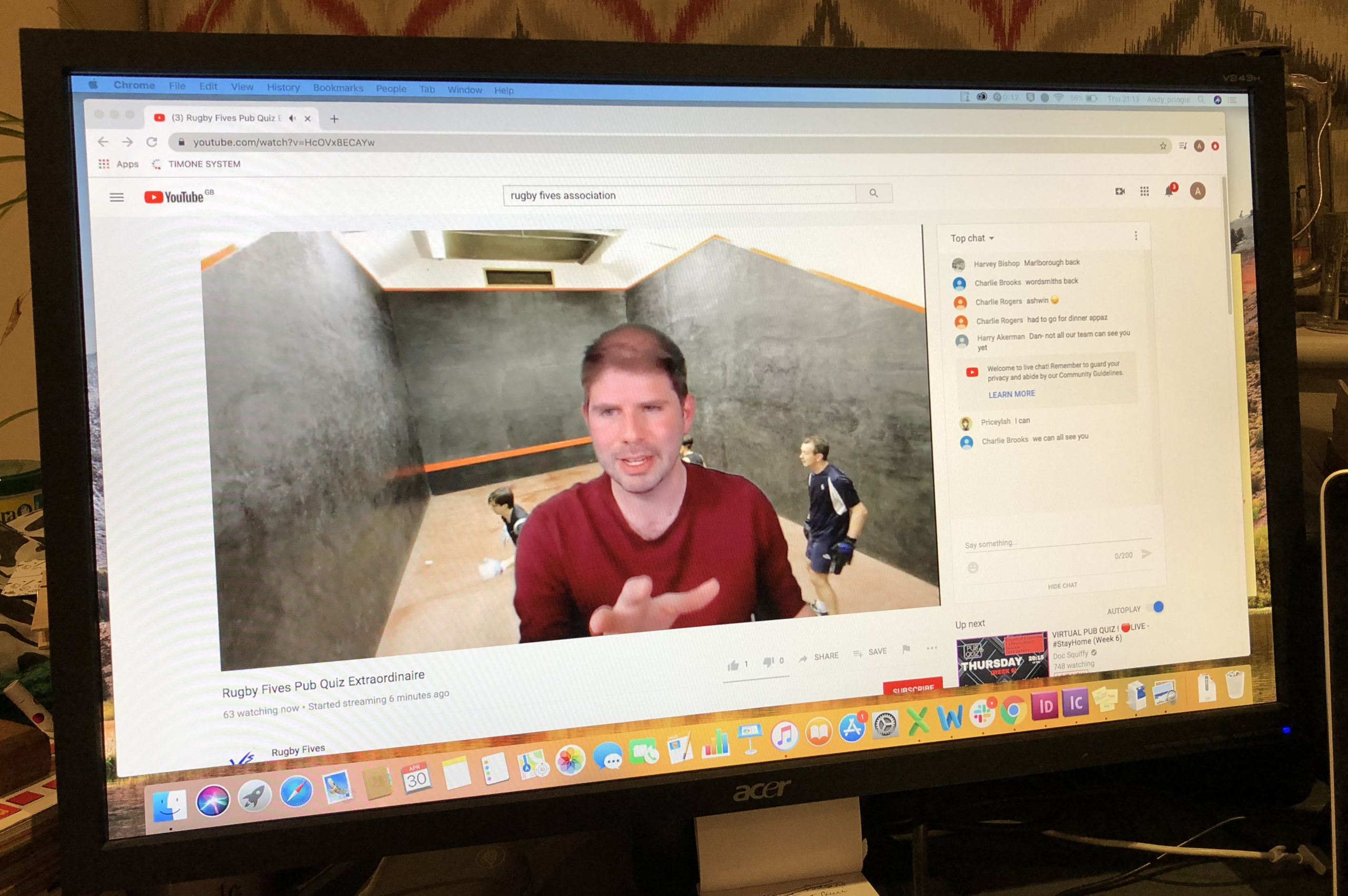 For livestream excerpts of the Quiz, go to the RFA YouTube Channel

Top Quizzers — Can you name them? 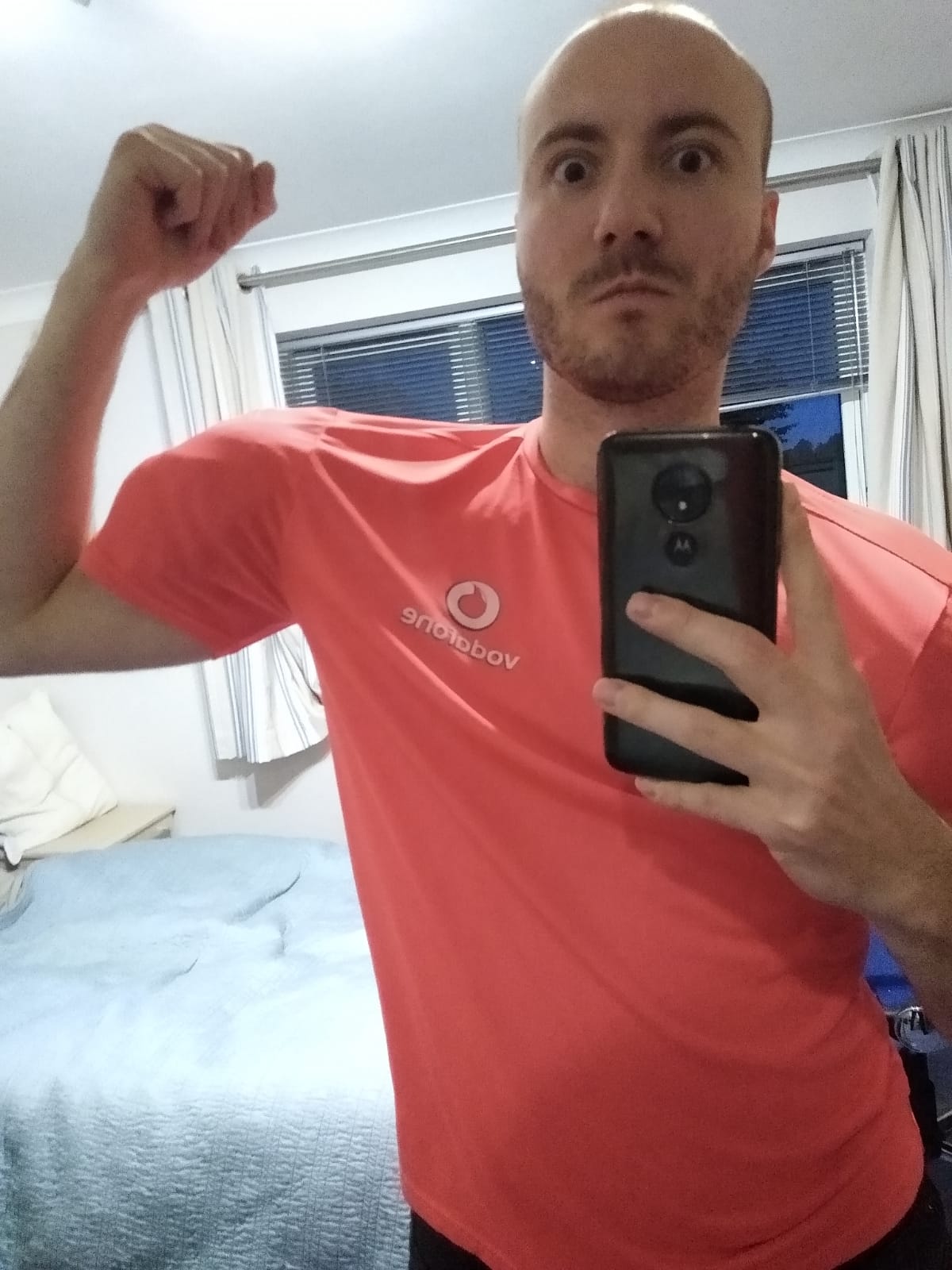 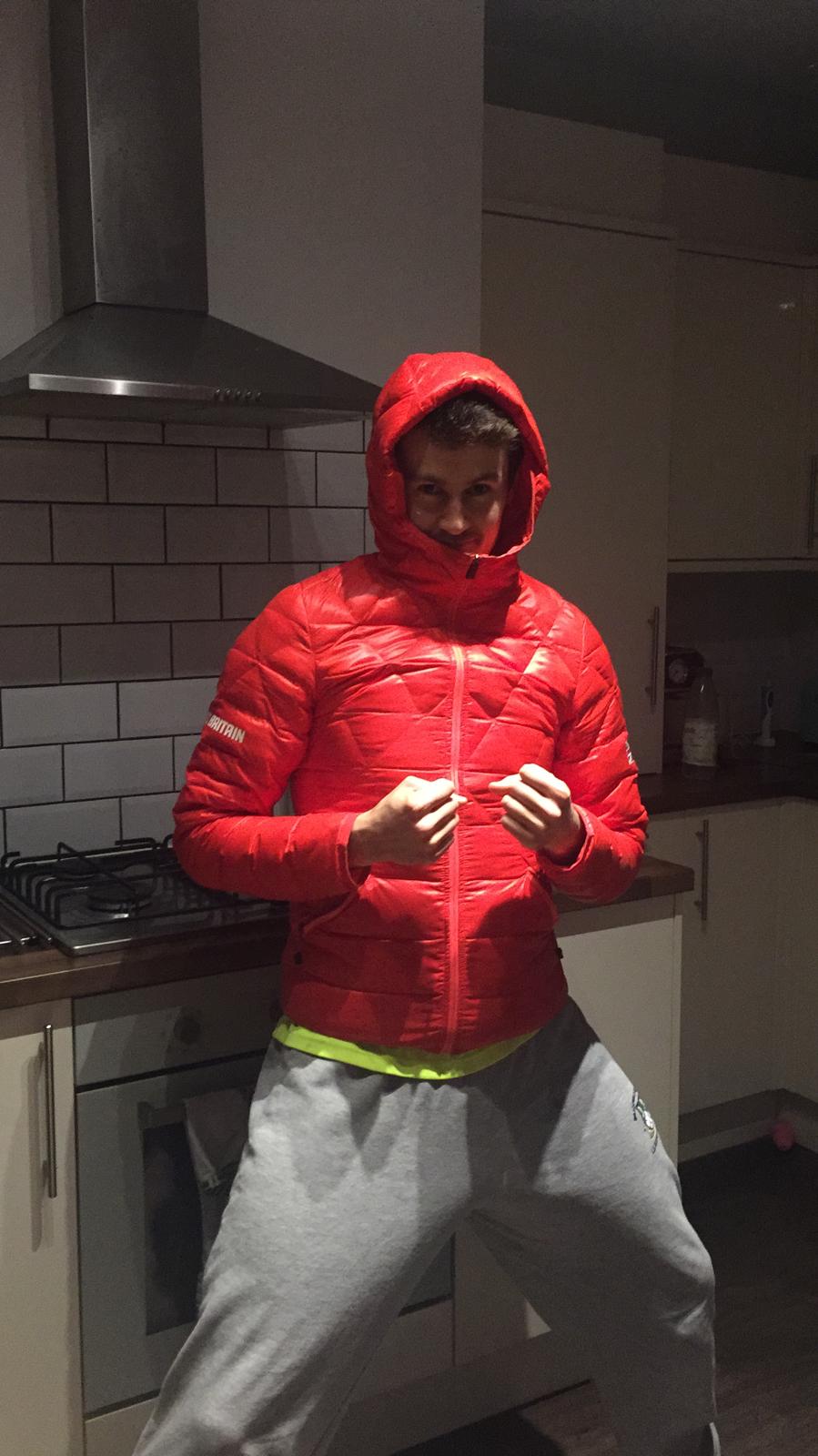 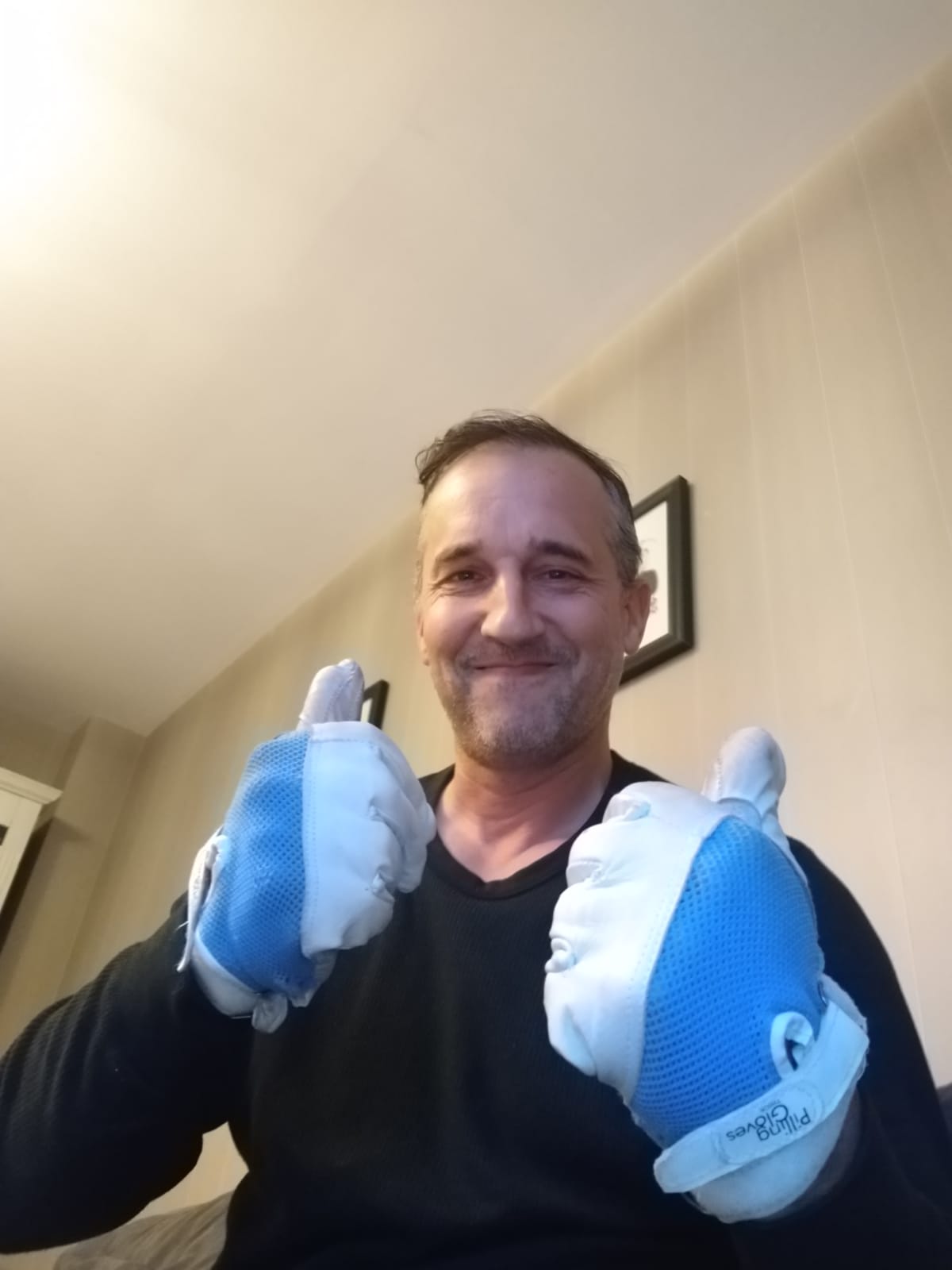 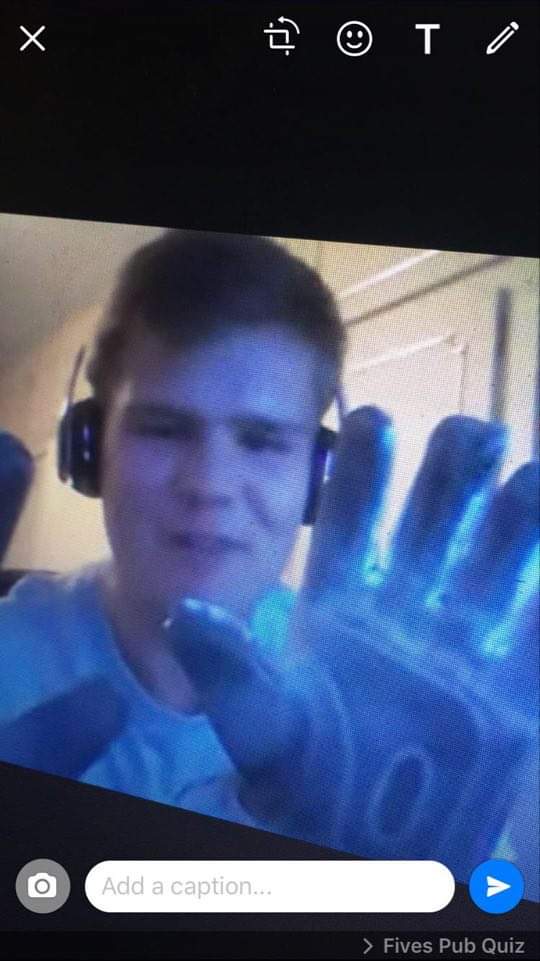 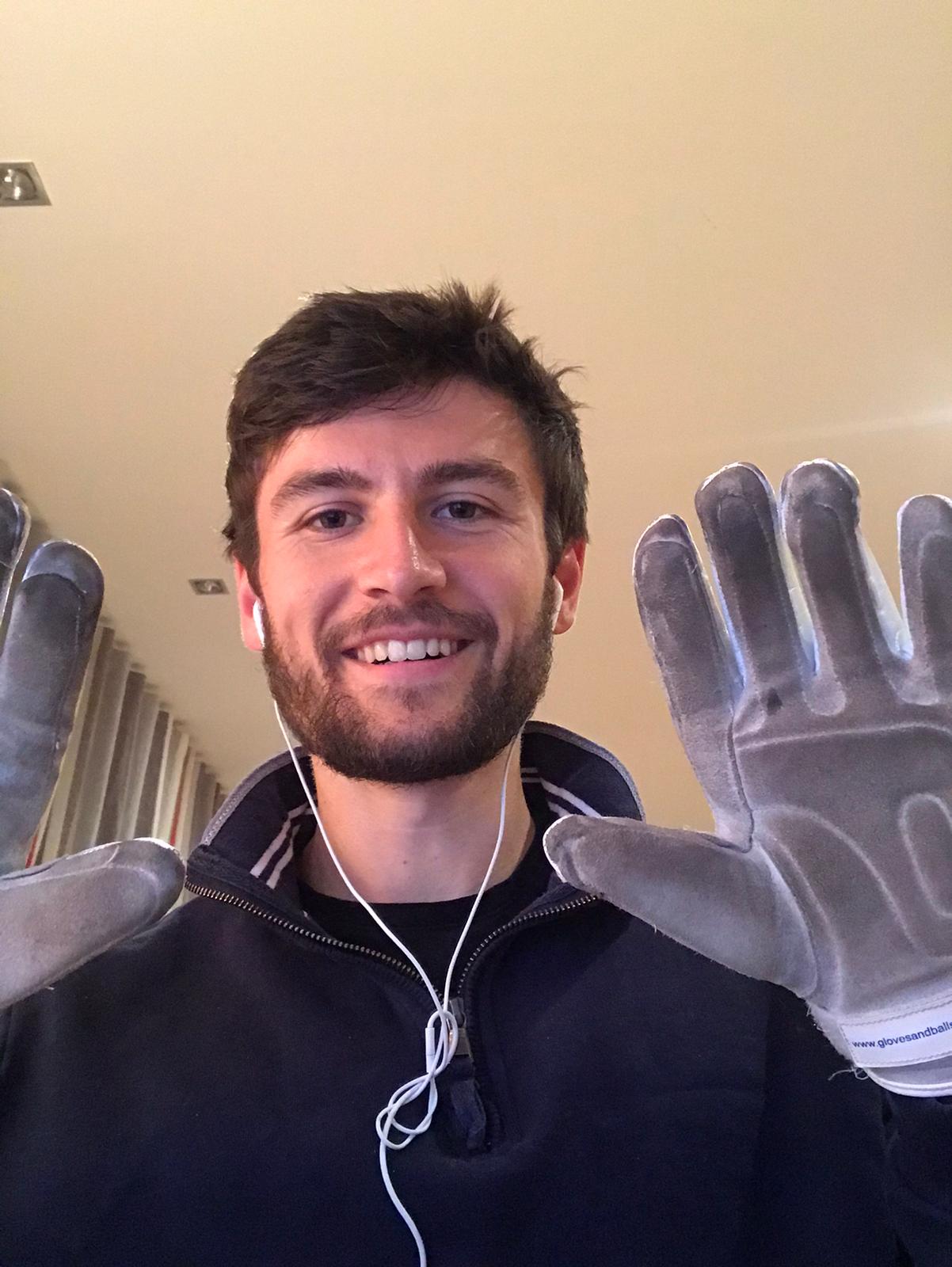 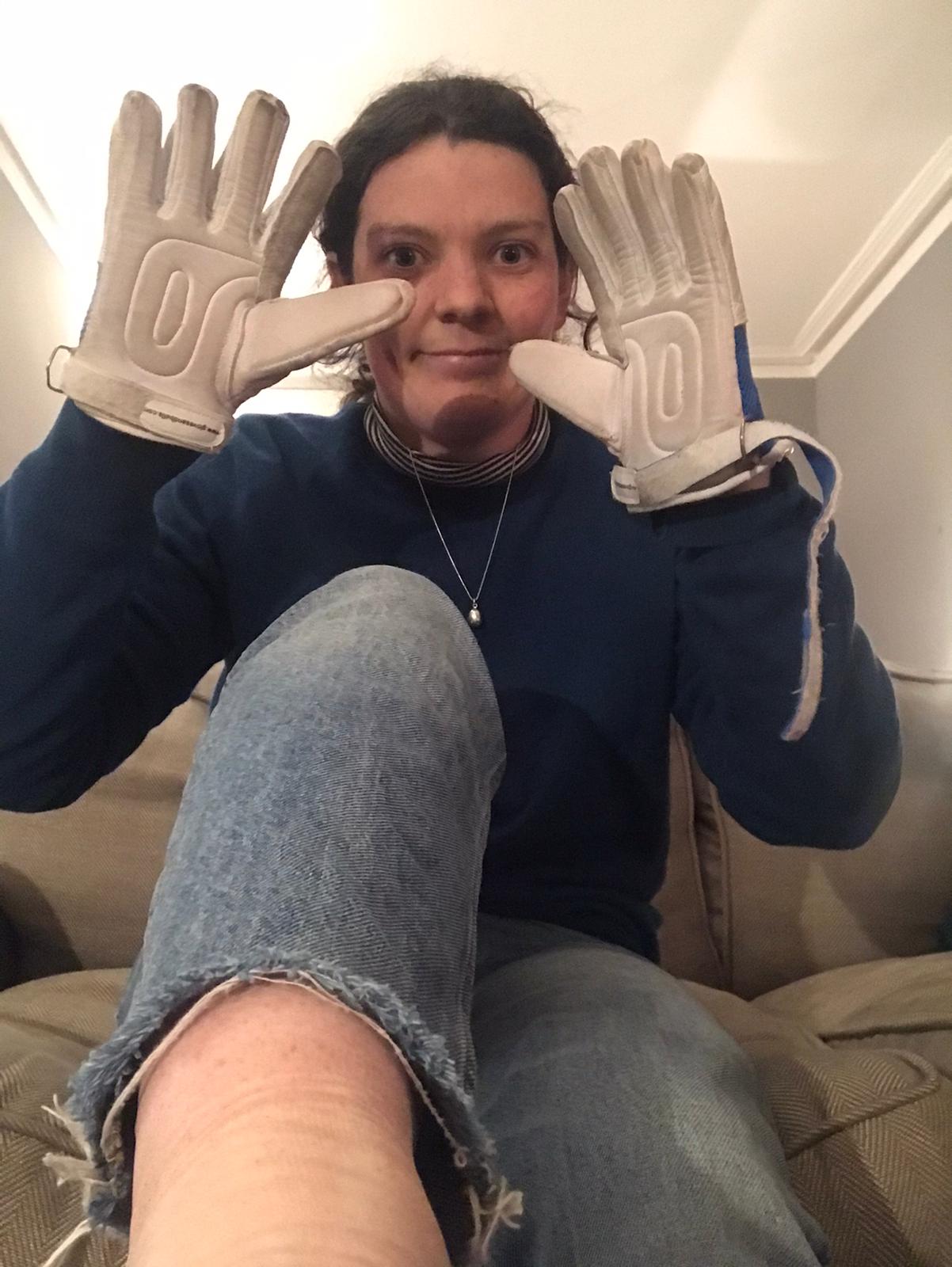 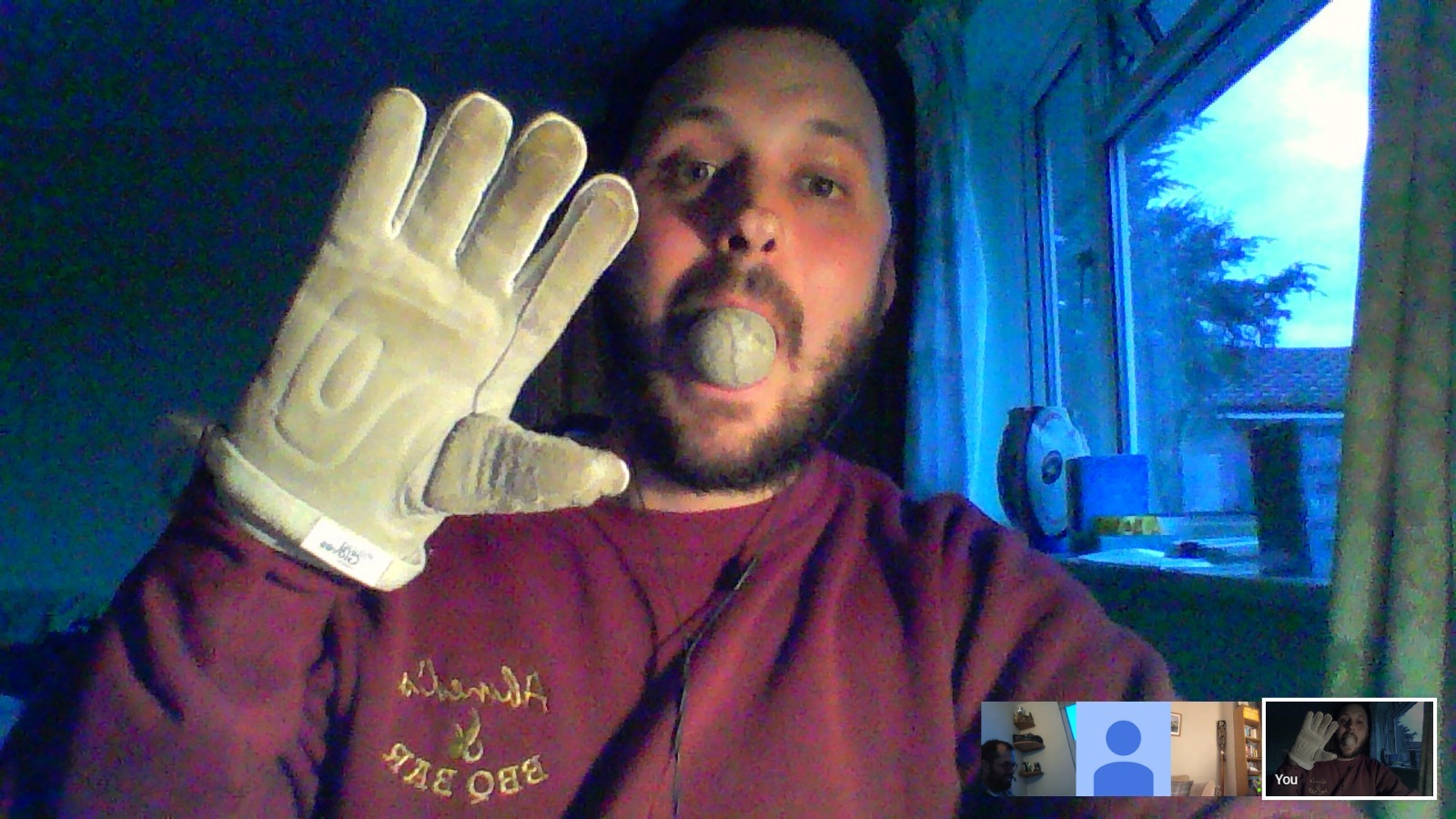 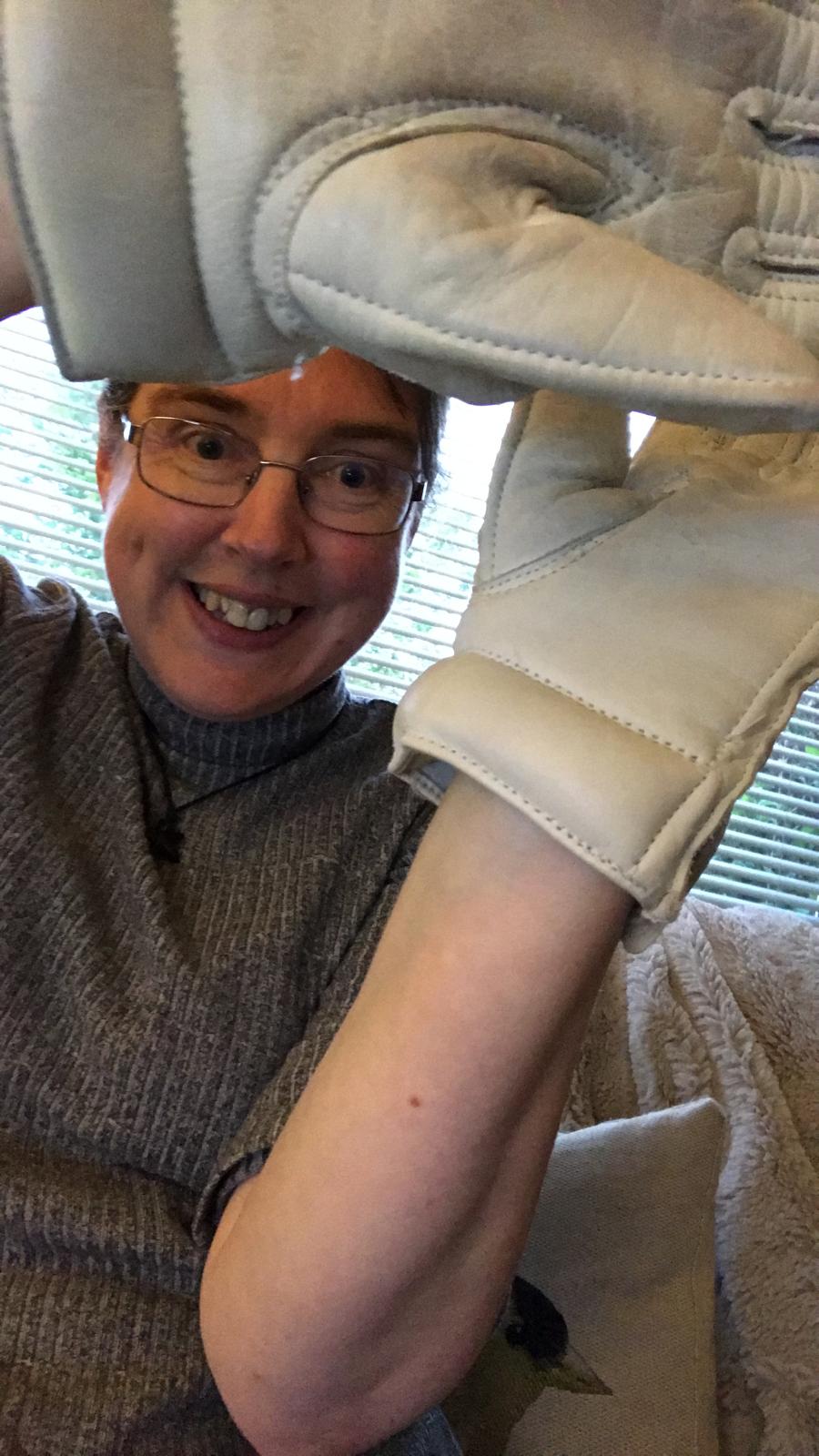 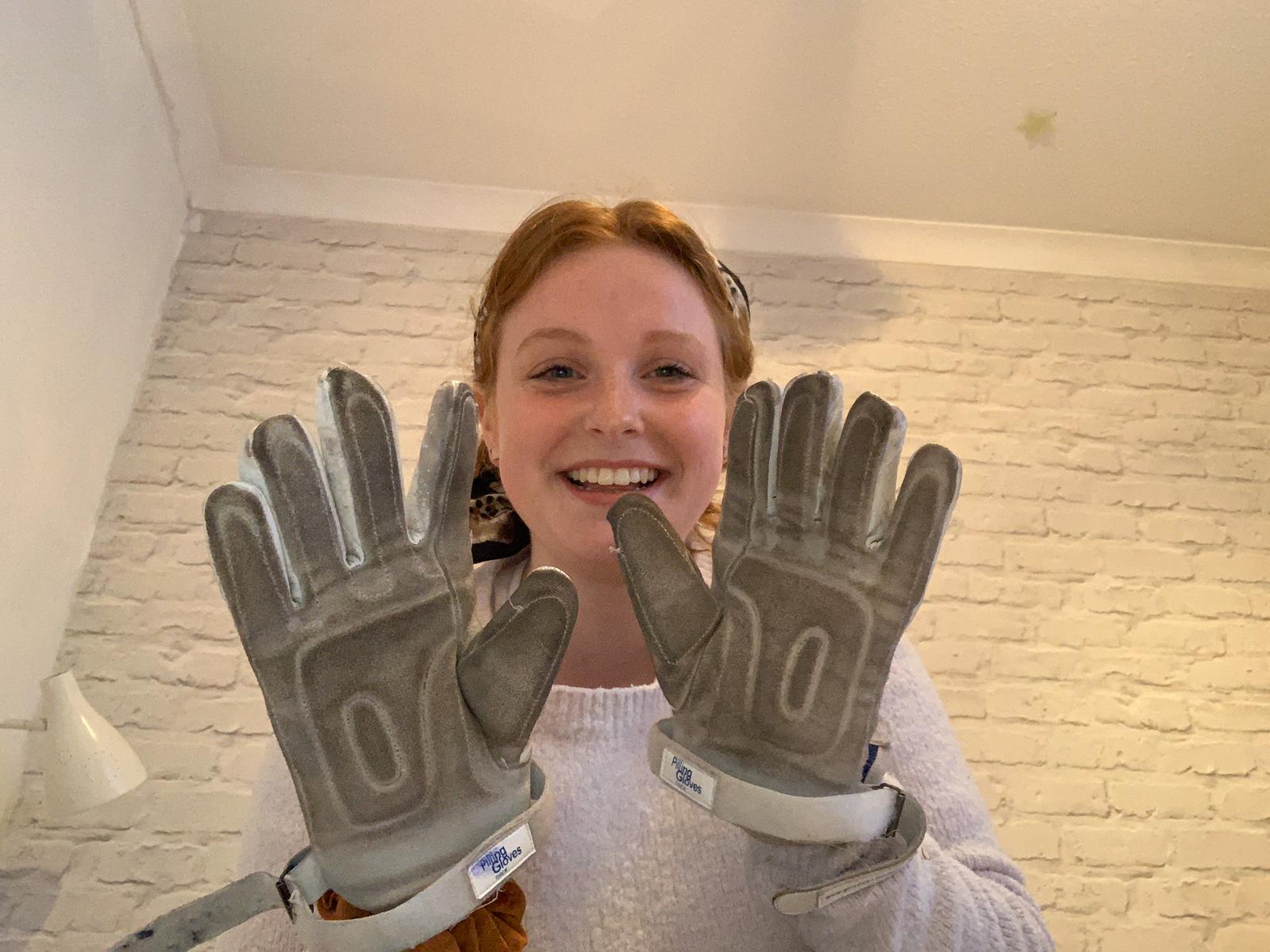