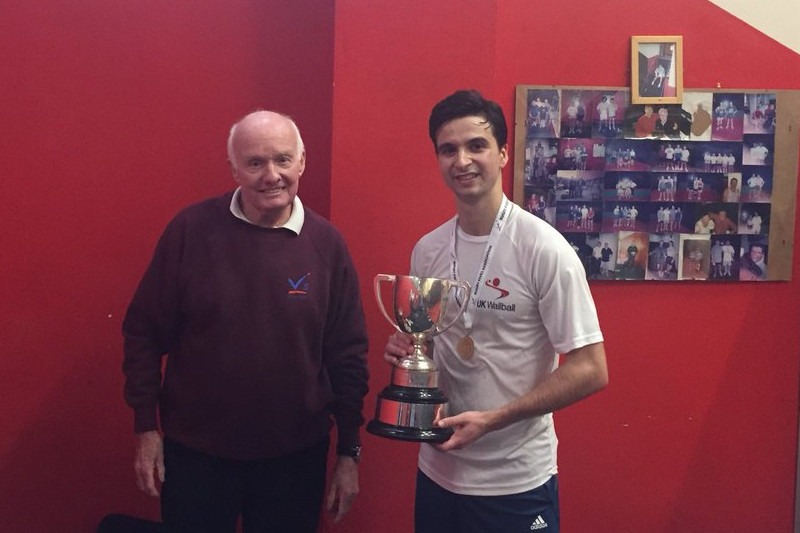 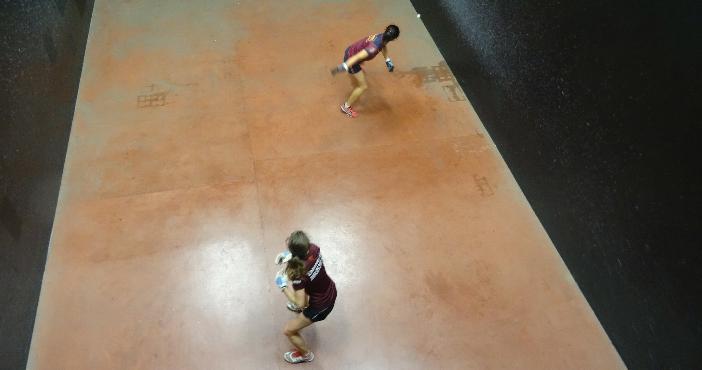 Results from the Ladies’ Under 23 Championships

St. Paul’s School, Barnes Sunday, 18th November 2018 Bob Dolby reports: Various factors made this third running of the event a gruelling day for the eleven competitors. Firstly, four of them were also competing in the British Universities championships being conducted on the adjacent courts; secondly, the traditional heat of the St. Paul’s courts was […]

British Universities & Student Fives Championships 2018 St Paul’s School, Barnes, London Saturday/Sunday, 17-18th November STOP PRESS After several years of domination by players from Cambridge University, it was all change in this year’s Student Championships. In fact, neither the singles nor doubles champions had previously won a title at this level. David Butler took the singles […]

RFA CLUB PRESIDENT’S CUP Marlborough College, Wiltshire, Sunday 9th December 2018 Following the success of the email-based entry system which has been used over the last few years, organiser Gareth Price will be continuing with it for this year’s RFA Club President’s Cup – the 60th time the event has run. However, before we go […]

North West Open Championships Y Club, Manchester, January 12/13th 2019 Organiser John Beswick is now accepting entries for January’s North West Open Championships. These will include both Singles and Doubles Tournaments, which are to be held over the weekend of 12/13th January 2019 at the Manchester YMCA, using the G6 ball. A Plate Competition will […]

British Universities & Student Fives Championships St Paul’s School, Barnes, London, Friday-Sunday November 16-18th Organiser Theo Parker has published the draws for the 2018 Student Fives Championships – and it promises to be a fascinating weekend of Fives. The draws look very open, with no clear favourites for either title, and all we can be […]

The Rugby Fives Association 7th November 2018 A Message from Howard Wiseman at Glove and Balls We are pleased to announce that the new Rugby Fives ball is now available. These are being made as a full-time occupation for a Swiss craftsman, Mark, who is a Fives enthusiast and will supply a constant stock to […]

Winchester College Sunday, 4th November 2018 RFA Schools’ Winchester Fives Doubles 2018 David Barnes reports: A small but high-quality entry made the day’s fives a pleasure to watch. A round-robin system ensured that each pair played five games to 15 points, and it was hard to spot the likely finalists, since five of the pairs […]

A message from Peter Woods at the Manchester Y Club Good day, friends of Manchester Fives! During recent discussions whilst we were under threat of losing one of the Fives Courts, it was agreed we need to look at new fund-raising initiatives. As a result, a Dinner will take place in the Marquee at the […]

Time for the Ladies National U23 Championships

Rugby Fives Association, November 2018 Organiser Bob Dolby is now happy to receive entries for the National Ladies Under 23 Championships (Singles and Doubles). The event will be held at St. Paul’s School, Barnes on Sunday, 18th November from 10.00 am until 5.00 pm. Competitors should be under the age of 23 on the day. […]